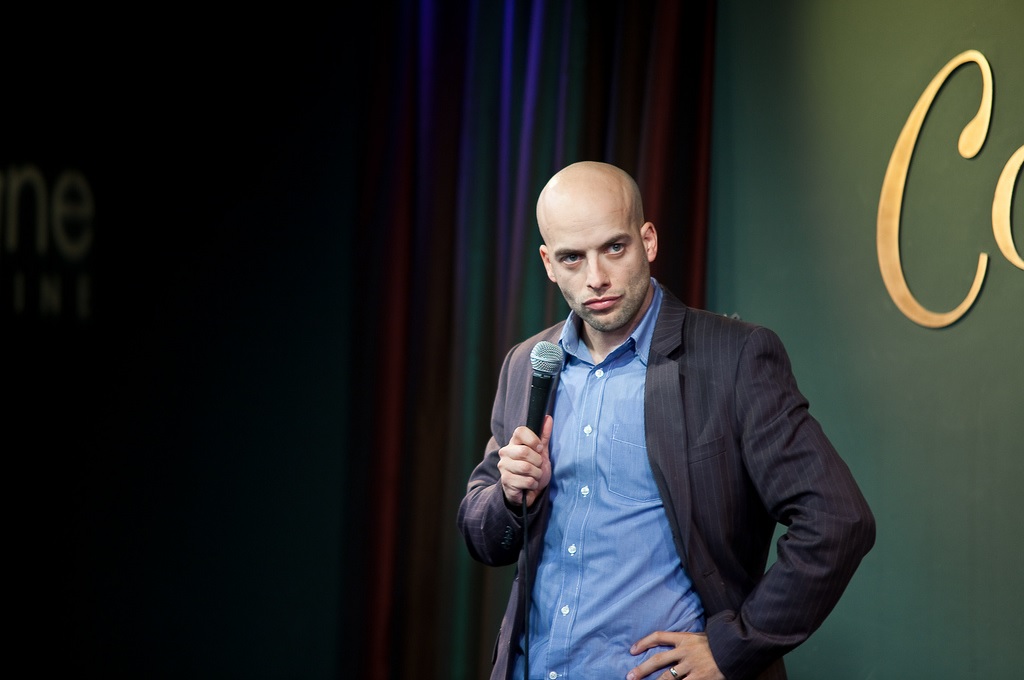 Stand-up comedian, humorist, and commentator Pete Dominick is on a stable trajectory to becoming a household name. He stormed the New York City comedy scene in the late ’90s, quickly making a name for himself locally as an emcee all the Manhattan clubs wanted hosting their best lineups. Meanwhile, Pete was sought by colleges nationwide, performing on over 300 campuses in just four years. Pete’s reputation for “working the crowd” led to opportunities to warm up audiences for live television tapings, including on programs for MTV, CNBC, and Comedy Central, as well as lots of work opening for fellow comedians like Artie Lange at major venues. After seeing Pete expertly soften up Jon Stewart’s Daily Show audiences, Stephen Colbert brought him to the set of The Colbert Report as permanent audience warm-up from the pilot into the Emmy award-winning show’s fifth year, when Pete left to pursue his own on-camera career. As resident “offbeat reporter” on John King USA, Pete’s quick wit and attention-grabbing personality caught the eyes of CNN executives in 2010, leading almost immediately to his own half-hour news wrap-up show, What the Week. Pete, as show co-creator and host, blends tongue-in-cheek irreverence with an insightful look back at the real issues making and missing the headlines. Back in 2006, Pete’s appearance on the New Faces stage of the Montreal Comedy Festival led to lots of interest, including the opportunity to try radio as host of a fast-paced live comedy hour on the Sirius network’s Raw Dog Comedy channel. In early 2008, Pete made the leap to political commentary, starting his own talk show, Pete’s Big Mouth. Pete continues to host a 3-hour daily discussion on both Sirius and XM, now called Stand Up! with Pete Dominick, which regularly features some of the biggest names in politics and journalism. The Huffington Post recently called Stand Up! “truly the best political talk show on the air today.” Hollywood Reporter listed Pete in an article featuring personalities to watch in talk radio