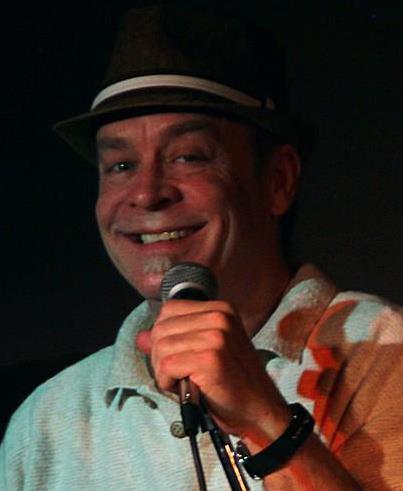 Originally from North Carolina, Phil has been in the entertainment business for almost thirty years, spending his early days as a touring musician.   In 1990 Phil first took to the stage as a professional comedian drawing on his years of experience in front of an audience.  Now a veteran performer, Phil can read an audience like no one else, sensing their mood and giving them what they want.  His show is a Southern flavored blend of stand-up, original comedy songs, guitar goofiness, and musical impressions.   Phil is not your typical guitar act… he can actually play the guitar…no endless string of parodies here.

Whether you look for a clean show or something with a little more edge, Phil will make you laugh.

Phil is also the operator of The Comedy Cellar at Snowshoe Mountain Ski Resort during the ski season.  This gives him the unique perspective of comedy on both sides of the microphone.

Phil is now middle aged with a wife, a son and daughter, an ex-wife, and these days, a lot less hair.