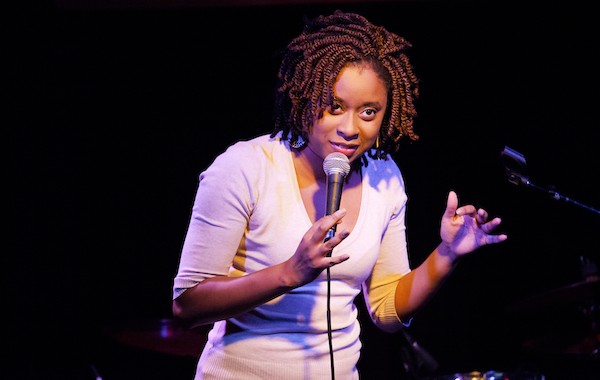 Flavorwire recently called NYC-based stand-up comedian and writer Phoebe Robinson one of the “25 Female Comedians Everyone Should Know.” And it’s no wonder why because she has appeared on NBC’s “Last Comic Standing,” Comedy Central’s “Broad City” and FX’s “Totally Biased with W. Kamau Bell.” Currently, she’s a writer for MTV’s “Girl Code” and Glamour.com. She has also been a panelist on VH1’s “Big Morning Buzz,” was featured on several talking head shows for Pivot TV, VH1, and the TV Guide Channel, and was a finalist in NBC’s Stand Up for Diversity Competition.

You can catch her at 9:30 p.m. on the last Tuesday of every month at UCB East hosting Blaria LIVE!, the show that spawned from her popular and Huffington Post-approved blog Blaria — aka Black Daria.