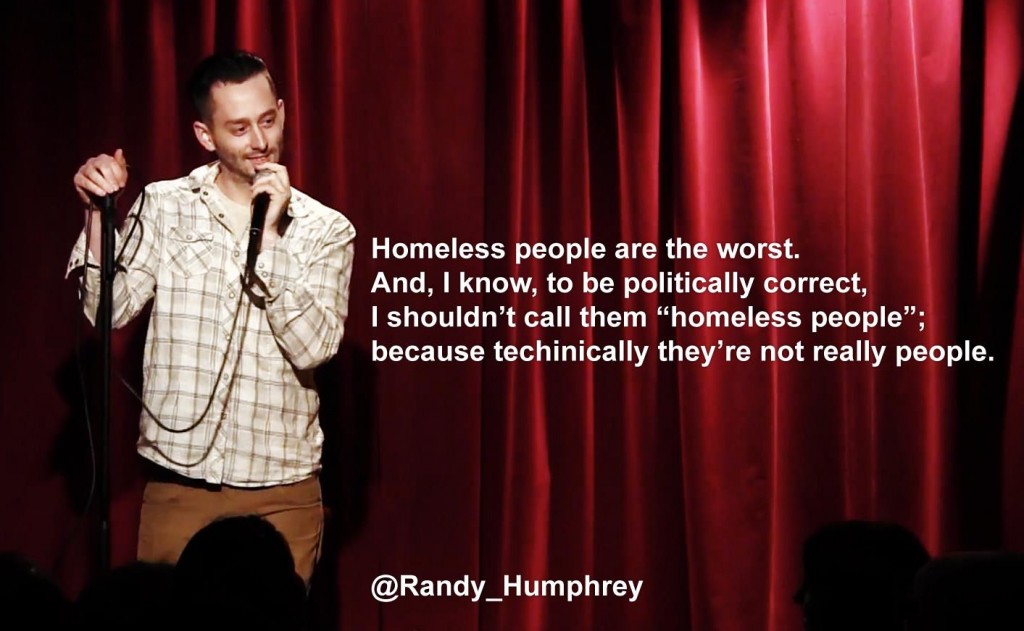 Randy Humphrey would best be described offbeat and intriguing. Differing from traditional comedy style Randy has a soft stoner yet intellectual delivery accompanied with unpredictable punchlines. Randy’s jokes cover a wide span of topics, most likely because growing up Randy had a successful acting career, was a promising college student and married the love of his life by the age of 24. Currently Randy, a divorced college dropout, is living off of whatever royalties he has left as he pursues stand up comedy, which surprisingly is going really well. In the short time Randy has been performing stand up he’s been on several national tours, interviewed on morning radio shows and featured in newspapers. A now resident of NYC Randy is active with all major comedy clubs on the scene, such as The Stand, Comedy Cellar and Gotham. Although Randy is well known in the comedy scene he is best known for being the comic who got punched in the face by a legendary (not legally allowed to say) comic during a show.