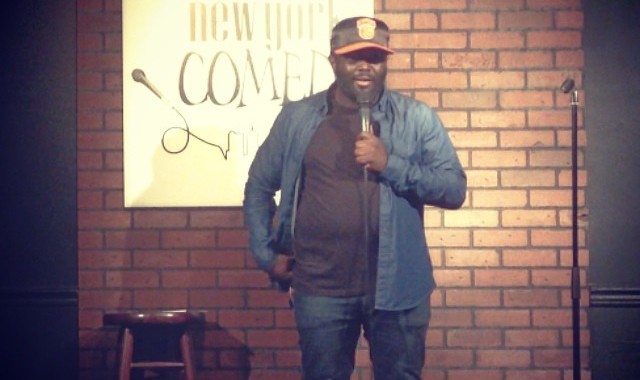 Reginal Thomas is a Brooklyn bred stand up comedian who has been moving up the ranks in the New York comedy scene over the last two years. He first started off performing at Eastville Comedy Club and worked his way into the New York comedy club where he is a regular and just had his photo hung up on their wall. He is influenced by a lot of great comics like Dave Chappelle, he was the first person to make me laugh till I cried. Others like George Carlin, Richard Pryor, Louis Black, Louis C.K. But more than any other comic I’m more influenced by the comics I get to perform with on a night to night basis.