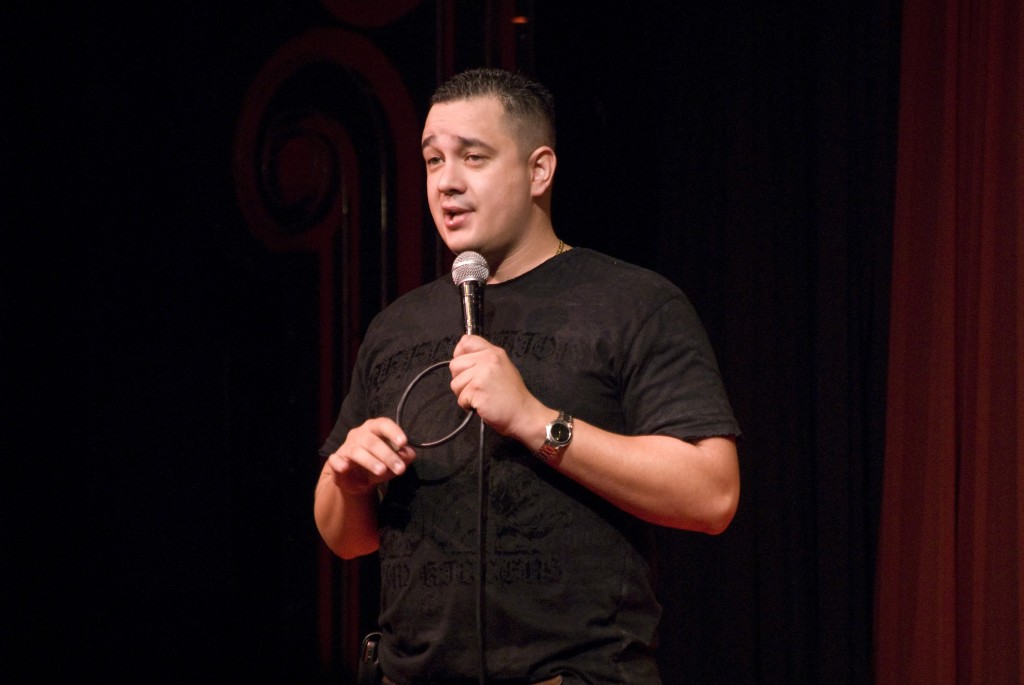 If you don’t know who Rick Martinez is you are staying home way too much. Mr. “Spicy Latino Nights” was born in the Bronx, New York, and quickly moved back to Bayamon, Puerto Rico. When he was about to start high school, he returned to the east coast in New Jersey for three years where he was a baseball standout, was awarded the “Charlie Hustle” award in basketball, and lettered in football, not to mention his boxing at PAL (Pol…ice Athletic League) for three years. For his senior year he moved to Las Vegas where he switched from athletics to theatrical plays. There, Rick achieved school wide recognition for the lead roles in plays such as “Night of January 16th,” “Baker’s Play,” and even played Danny in “Grease,” (minus the singing). After graduating from high school, his first taste of the comedy game was at the Tropicana Casino. He heard they were having a contest and it was called the “#1 Fool in Vegas” where he was the runner up. At that moment, Rick knew there was more to come. The diversity he possesses to be able to do different sports and his background in theater reflects on his comedy, that range from a clean set to “R” rated comedy, a few years later Rick Martinez felt like he was ready for Hollywood. He arrived in Los Angeles in 2002, and right away started making waves in the comedy game performing at all the major Improv’s and local comedy clubs. His very first appearance as a “rookie” comic was at the “Ha Ha Café” in North Hollywood where he achieved great success. He quickly gained the reputation of the funny man and was getting booked for shows across the nation from Los Angeles to back home in New Jersey. Rick was moving on up on the Westside. After one year, Rick was tired of doing guest spots over here and over there. Rick felt like Latino comedy was not getting the appreciation it deserved. He branched out to start “Spicy Latino Nights” at the Hollywood Improv and after 8 months in Hollywood he moved the show out to Ontario. Going on his seventh year doing comedy Rick is making even more moves to stardom. Rick is currently working on the movie “Lean like a Cholo” based on the hit song “Lean like a Cholo.” Rick has also appeared in the independent film “Up Against the Eight Ball” which was included at the NY Film Festival, as well as many other film festivals. Rick also surfaced on VH1’s “When Comics Ruled the World” and created “Latin Knights” which is a collaboration of the hottest Latin comics in the industry.