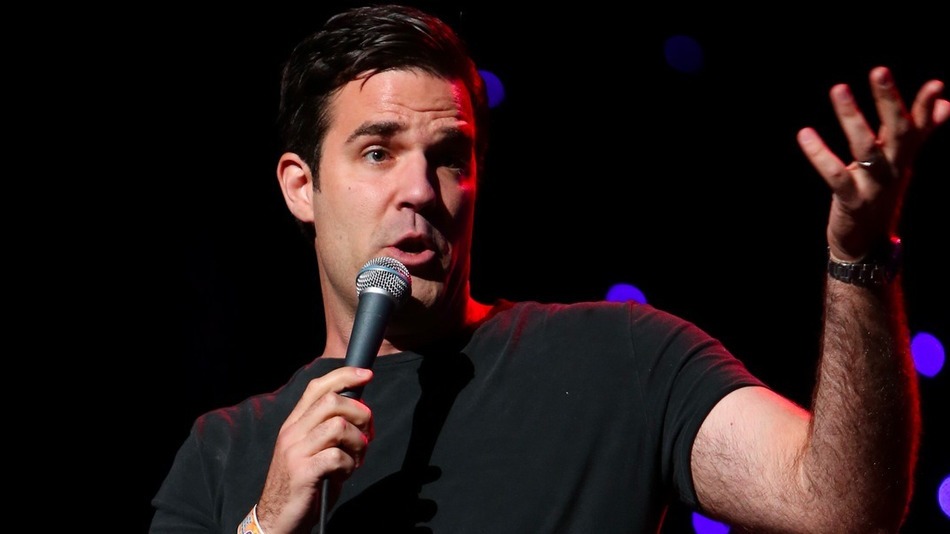 Rob Delaney is a writer/stand up originally from Boston and graduated from New York University’s Tisch School of the Arts. Much of Delaney’s success can be attributed to his massive following of over 650,000 followers that grows every day. In 2012, he won the award for “Funniest Person on Twitter” at the Comedy Central Comedy Awards beating out such luminaries as Steve Martin and Stephen Colbert. He’s also been listed as one of “The Funniest People on Twitter” on such sites as the Huffington Post, Vice Magazine, Paste Magazine, Comedy Central, and Funny or Die. Most recently he self-released his debut one-hour comedy special Live at the Bowery Ballroom via his own website, www.robdelaney.com. Rob’s reach spreads beyond the US market; in the UK he sold out the

Soho Theatre in 7 minutes via one “tweet” making him the fastest selling US performer in the venue’s history. His television credits include Comedy Central’s Key & Peele, FUEL TV’s The Daily Habit, and the pilot Movie Nook for TBS. In past years, Rob was a contributing writer for Ridiculousness on MTV and Vice Magazine. At the end of 2011, he filmed a  pilot for Comedy Central entitled @robdelaney. Rob was named one of Variety’s “Top 10 Comics to Watch” for 2012. In 2013, his first novel will be published by Random House. Rob also sings the national anthem for the Boston Red Sox and the Los Angeles Dodgers. He currently performs stand up regularly at the top comedy venues in Los Angeles, New York, and across the United States.