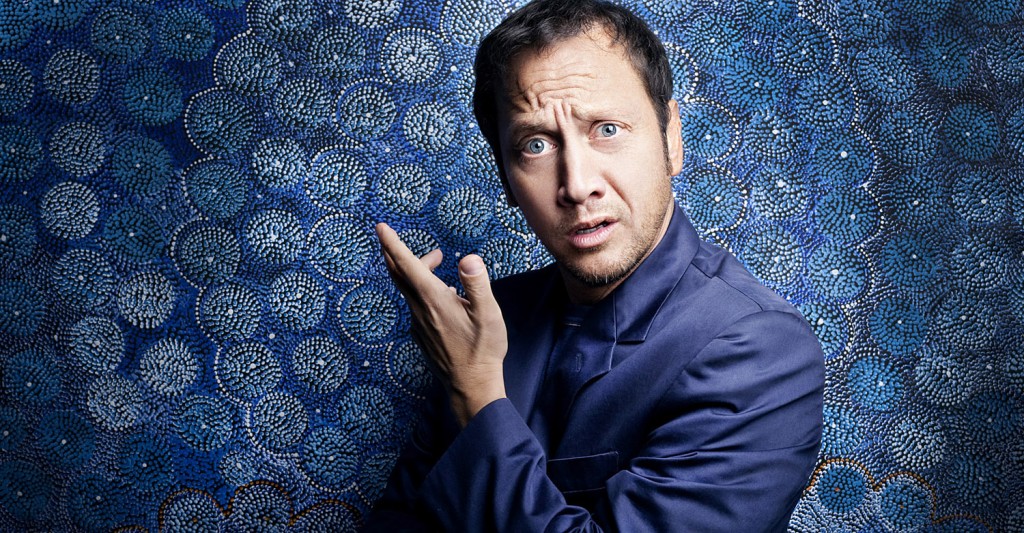 Actor, writer, comedian. Born October 31, 1963 in San Francisco, California. The son of a real estate broker and kindergarten teacher, Rob Schneider grew up south of the city in Pacifica and was the youngest of five children. After graduating from Terra Nova High School, he set out on the club circuit to pursue a career in comedy.

His combination of self-deprecating humor and goofball antics earned him rave reviews, and he was soon opening for the likes of Jay Leno and Jerry Seinfeld. Schneider got his big break in 1990, when Saturday Night Live producer Lorne Michaels hired him on as a writer for the show. Soon, he was performing his own material and was a cast regular until 1994 when he left to pursue his film career.

After a rocky start on the big screen, Schneider appeared in two successful Adam Sandler vehicles, The Waterboy (1998) and Big Daddy (1999). He then landed the lead role in Deuce Bigalow: Male Gigolo, as a fish tank cleaner who assumes the identity of a high-living gigolo. Adored by audiences and panned by critics, it prompted a second film, The Animal, which met with equal success in 2001.

Schneider made his directorial debut with Big Stan in 2007. The prison comedy starred Schneider and David Carradine. Reuniting with Adam Sandler, Schneider had a small role in You Don’t Mess With the Zohan (2008). He has completed several film projects, which are awaiting release. The Chosen One marks his second directorial effort, and he also co-wrote the script and stars in the film.