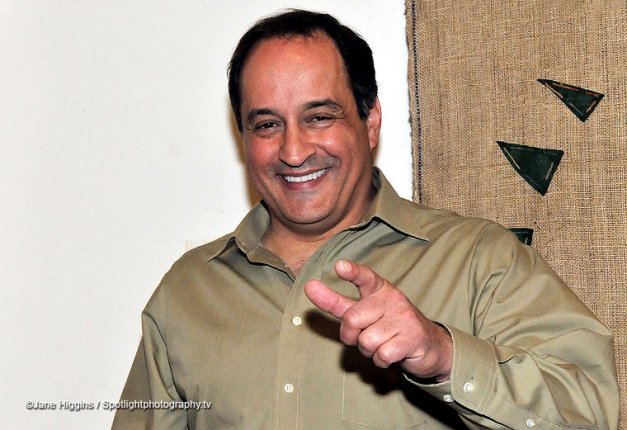 The Former Chicago truck Driver and dock worker started his standup career in The windy City back in 1988. After winning some local comedy competitons Rocky went on to win The Johnnie Walker National Comedy Competiton beating out over 1100 contestants in 10 cities! He then went on to do numerous Television shows like Cheers, Pat Sajak, Comic Strip Live , a C.B.S Pilot titled “The Rocky Laporte Show” and His very own half hour special on Comedy Central.

Doing The “Tonight Show” “Only16 years of sweat and toil, But who keeps track of that kind of stuff?” Says Rocky in a recent interview. He mentions that he’s most proud of the fact that he was voted one of the funniest guys in his class at a Recent G.E.D. reunion.

At the Las Vegas Comedy Festival Rocky received the “Best Male Club Comedian of the Year ” presented by George Wallace and Andy Kindler. 40 of the top comedy clubs around the country were polled for their favorite male and female comedians. Recently Rocky also found out that his “Just For Laughs” set that he performed at the prestigious Montreal Comedy Festival hosted by the legendary Carl Reiner was being showed on Air Canada flights. Rocky responded by saying ” Man, I’m having a good week !”

With a busy schedule of Corporate work and Touring all Major cities, Rocky’s become a favorite everywhere in the country.

He has also traveled with Drew Carey to Iraq to entertain the troops and was seen on the ShowTime special “Patriot Act: A Jeffrey Ross Home Movie.” Rocky has filmed his own Comedy Central Presents special and in a nationwide poll was voted Comedy Central’s second most popular comedian. He has performed on The Tonight Show with Jay Leno, and had appearances on A&E’s Evening At The Improv and VH-1’s Stand-Up Spotlight, and sitcom appearances on Cheers and his own NBC pilot called the Rocky LaPorte Show. Rocky’s clean, blue-collar style of comedy continues to increase in popularity as he travels the country.

Today Rocky is one of the most sought after comedians in the country. His clean observations and take on life have made him a favorite in all the top comedy clubs, corporate events and television shows. Rocky’s likeability and every-man style gives him an unparalleled universal appeal that any audience can enjoy and relate to.