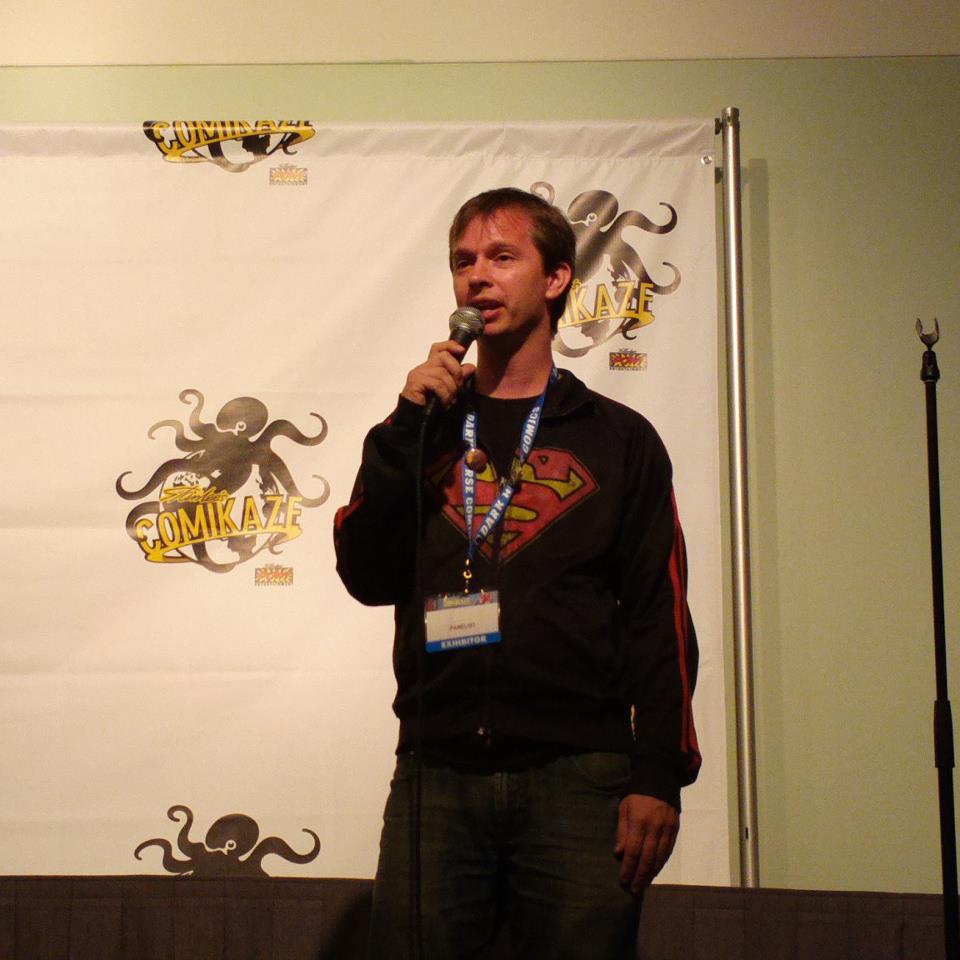 When Ron Swallow was faced with the prospect of a talent show when he was 16, Ron felt he had no talent. But someone pointed out to him that he was funny and maybe he should try standup. Ron wrote some jokes about fluffy toilet seat covers and GI Joe, and the rest is history.

With Ron, you know you will be getting witty, biting, and hysterical portrayals of the life he has lived. Having lived the life of a nerd with a strange name has allowed him to observe his surroundings in a unique and fun way. From making fun of his name(I mean how could you not) to his opinions on the misuse and overuse of common sayings, Ron will cause enough laughter to possibly need tissues. Audiences will be shocked to learn that life as an outcast led him to the world of comic book geekdom, which led to his hilarious ideas about the differences between movies and the books they are based on. Then, once everyone is acquainted, with his views on commercials, the media, race, and class, Ron will weave a blanket of satire that will keep the audience in stitches. With Ron Swallow, one thing is for sure, hilarity will ensue.

Along with being a regular at the Improv in Los Angeles, and performing at clubs across the nation, Ron has had roles on television’s Ugly Betty and Mad TV.