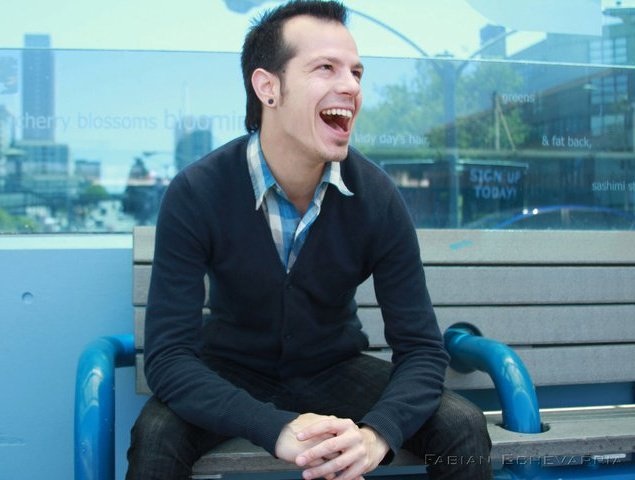 Ronn Vigh’s brash attitude and acerbic wit have earned him a comparison to a young Joan Rivers by SF Weekly. Which is a fitting comparison, since he later became a writer for E! Television’s“Fashion Police” co-hosted by Joan Rivers.

He was featured on NBC’s Last Comic Standing II and in 2005 started comedy night at Harvey’s and currently produces the successful “Harvey’s Funny Tuesdays” weekly comedy show in the Castro District of San Francisco. Ronn recently headlined Reno Pride and has also been featured at the10th Annual Michigan ComedyFest, Rooftop Comedy’s Out Loud Festival, Las Vegas Out Q Festival, Lake Tahoe Gay & Lesbian WinterFest, San Francisco Comedy & Burrito Festival, Palm Springs Pride and the list goes on and on and on—much like when Ronn speaks. He is also a favorite at comedy clubs, including SF Punchline, Cobb’s, San Jose Improv, Rooster T. Feathers and has recently opened for notable acts such as James Adomian, Wendy Liebman, Loni Love, Scott Thompson of Kids In The Hall and many more.

He appeared in the Off-Broadway smash hit 10 Naked Men, was a science geek In a MagRack ad that appeared all over NYCsubways (You haven’t made it until you see your picture on a train with a magic marker drawn cock and balls over your face) and co-hosted the first live broadcast of the San Francisco GLBTPride Parade for ClearChannel networks in 2008.

Ronn Vigh has hosted culture and nightlife segments for VidSF and has contributed to KOFY-TV, Energy 92.7’s Fernando & Greg Show, Shake Radio, Free FM and more. His quirky and quick on his feet personality makes Ronn a one of a kind host who can engage and energize like no other!

His biggest accomplishment to date: working as a flight attendant and never smothering any of his passengers with a pillow.