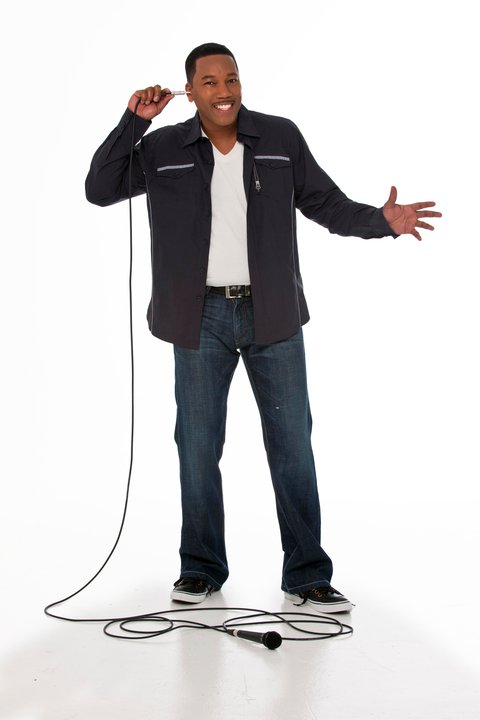 Royale Watkins has one of those smiles. All at once, it charms, disarms and makes you want to smile back. But don’t be fooled. Beyond the clean-cut, choirboy looks is a young man with a sharp take on family values and social issues, and one of the smartest writers working the comedy circuit today.

A native of Washington, D.C., Royale began his stand-up in, of all places, the church. Through local talent nights and charity shows, he quickly demonstrated he had a knack for hilarious observation and witty improv.

“I’ve always wanted my comedy to go beyond stereotypical barriers. So, I challenge the audience to stand in my predicament. But since my first shows were in church, I’ve learned to develop bits without relying on four-letter words, “ he says. The result is a brand of comedy reminiscent of Bill Cosby in his heyday — smart, incisive, and universally appealing. And always punctuated with a smile.

One of fourteen children, Royale bases much of his material on his experiences growing up in a large family, the quest for attention and resulting sibling rivalries. “When you’re from a family of fourteen, every day can be a challenge,” he says. “But if you happened to be a comedian, it gives you plenty to talk about.”

In 1996, after showcasing at the Montreal Comedy Festival, he landed his own NBC sitcom called “Built to Last.” Though the series was short-lived, Royale went on to appear in such feature films as “Deliver Us From Eva,” “Brother,” and “Speed II.” He has also appeared in the network TV films “Dancing in September,” “Too Legit: The MC Hammer Story” and the soon-to-be-released. “My Dinner with Jimi” in which he plays legendary guitarist Jimi Hendrix.