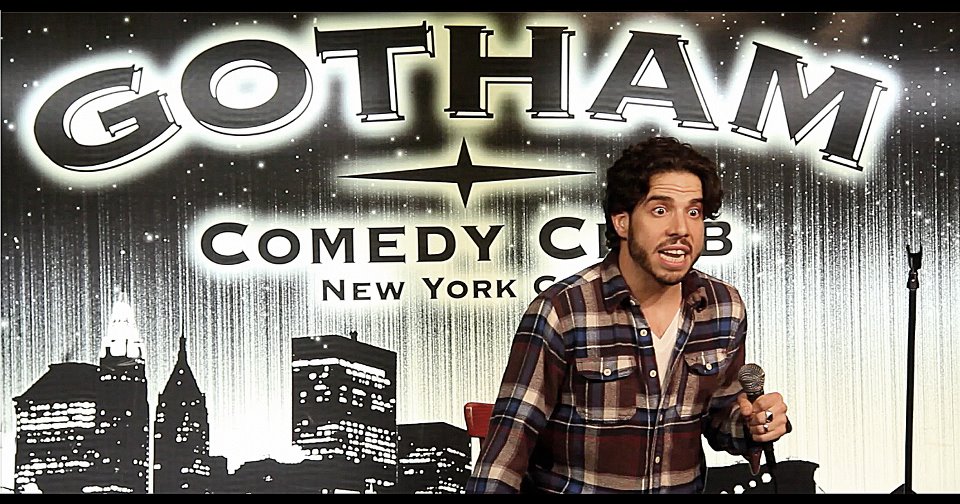 RUS GUTIN is a COMIC / ACTOR / WRITER & Creator of the hit Off-Bdwy Musical, GANGSTAPELLA. He is a graduate of the Musical Theatre Program @ AMDA.

He is repped hy his agents @ ingridfrenchmanagement and his Manager, Emilio Savone @ newyorkcomedyclub.com.

“Gutin’s stage persona is a compelling mixture of Woody Allen and Sam Kinison. Something akin to Jewish angst on meth.” – LA EXAMINER

RUS is celebrating 16 years in the world of Stand-Up. He began his career when he was 19 years old in 1999 @ CAROLINE’s.

As a SAG / AFTRA Actor, RUS has appeared in a sketch on E!’s CHELSEA LATELY and starred in the movies “SURF SCHOOL” & “HOLD ON LOOSELY”.

As a director, RUS created, wrote & starred in the hit Off-Broadway musical, GANGSTAPELLA. GANGSTAPELLA is the story of “The World’s First Gangsta-Rap A Capella Group of all White People & one Asian, Little Person Samurai Beat-Box”. With a new BluntTastic Live Showcase coming in 2016 to NEW TORK COMEDY CLUB!