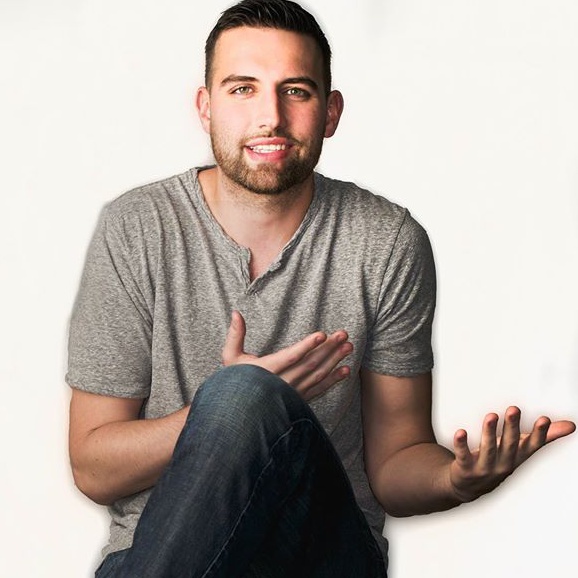 Sam Mushman is a ex-college basketball player turned stand up comedian who has played shows all over the Northeast.

He performed in the Free Stand Up Festival which was featured on Timeout NY, as well as Make Me Laugh Festival of St. Louis, Finger Lakes Festival, and this year’s Jersey City Comedy Festival. He was also featured on ZenLive TV and the “Something’s Off” College Comedy Tour, which was highlighted in the Hudson Reporter. Sam is quickly becoming one of NJ’s fastest rising comedy stars.

He founded Triple Threat Comedy Productions back in 2014, and TTC has quickly grown to producing 4 mics week, 6 shows a month, as well as professional dinner shows, and talent representation. Triple Threat’s goal is to showcase the the cream of the crop in the underground NYC comedy scene, and aid the next generation of talent you will soon be seeing all over Television. Sam’s goal is much bigger then paying his bills as a stand up comedian. His goal is about inspiring a movement of comedic talent that strives above the political correctness, and knee slapper laughs, and digs deeper into the true art-form of comedy. He wants to make his audiences dig deeper and leave satisfied with a brand of entertainment that cultivates innovation and creatively harps on the sensitivity of the new age entertainment industry in breaking down those barriers.

Still deadly from beyond the arc, its in your best interest not to get stuck guarding Sam in the same washed up mens basketball league. He loves to teach defenders the true meaning of “Hand down, Man down”