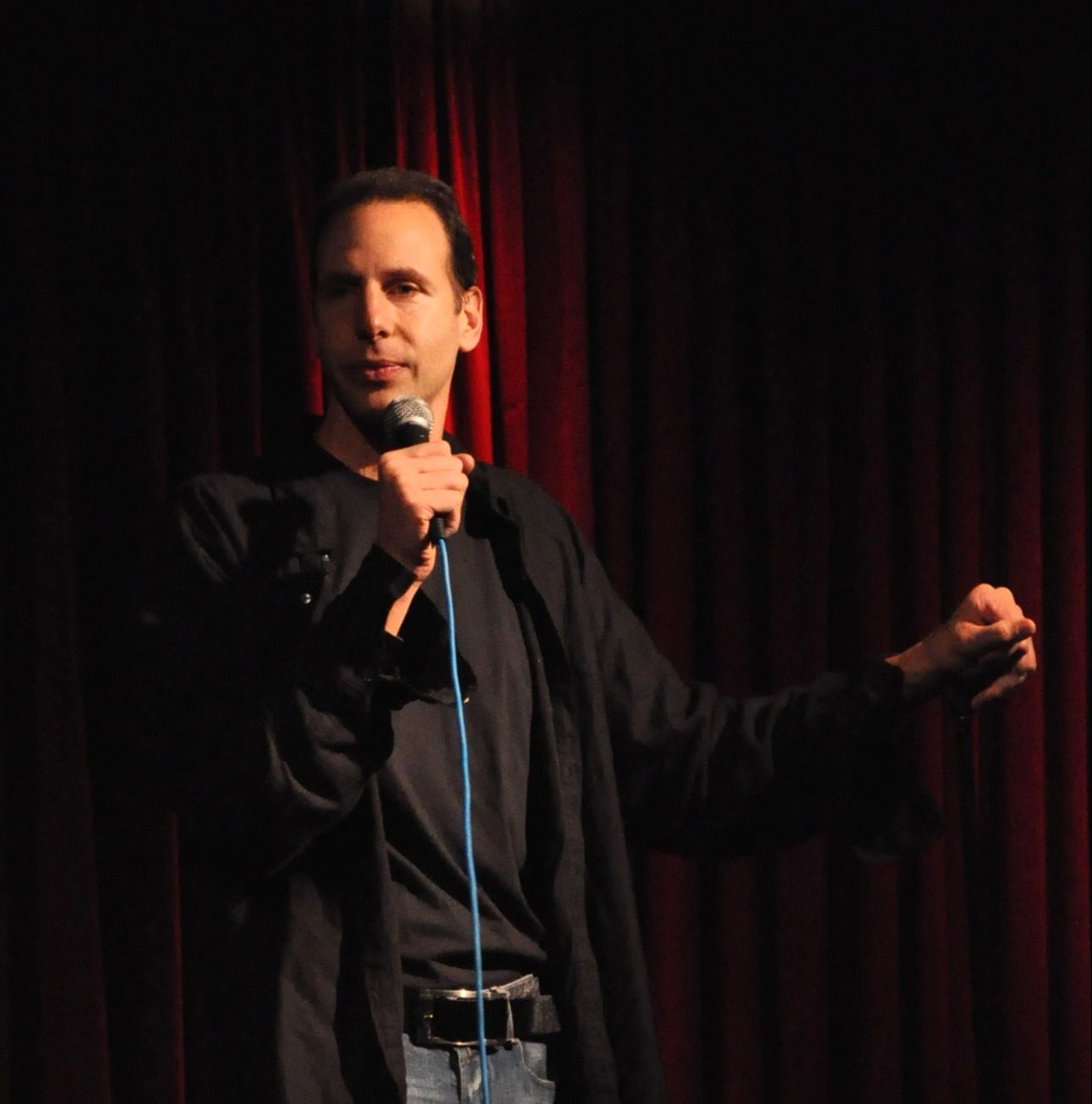 Sandy Marks broke into the standup scene in the early ’90s, after two years spent mining Neil Simon monologues for humor left him desperate to pen his own jokes. (No offense, Neil.)

He’s got a knack for spinning facts and stats into fast-paced, stream-of-consciousness-style humor that doesn’t just inspire ebullient mirth but also hits home some rather startling truths about humanity. (Don’t believe me? Come watch him. No but really. Get off the couch.)

When asked, Marks describes himself as vapid, soulless, empty, and paranoid. But this serially self-deprecating Rolling Stone-approved “comedian” who, according to Time Out New York, may be “appearing at several clubs this week,” is a true charmer with enough energy to make any audience member sufficiently nauseous — or maybe that’s just his outfit (we’re not quite sure).

Marks has made dashing appearance on CBS’s “The King of Queens,” HBO’s “Comedy in the Park” and as a guest sports caster advocating animal rights on Fox and Friends (political opinions, his own).

In addition to touring nationally and overseas — memorable locations included but not limited to Vegas, Atlantic City, Paris, Venezuela, Bahamas, Turks and Caicos, and Amsterdam (hell yes) — Mr. Marks has graced the films “Kiss Me Again” and “Manhattan Comedy Nights” with his remarkably tall stature and unforgettably enormous hands.

I mean, really, what’s not to love?