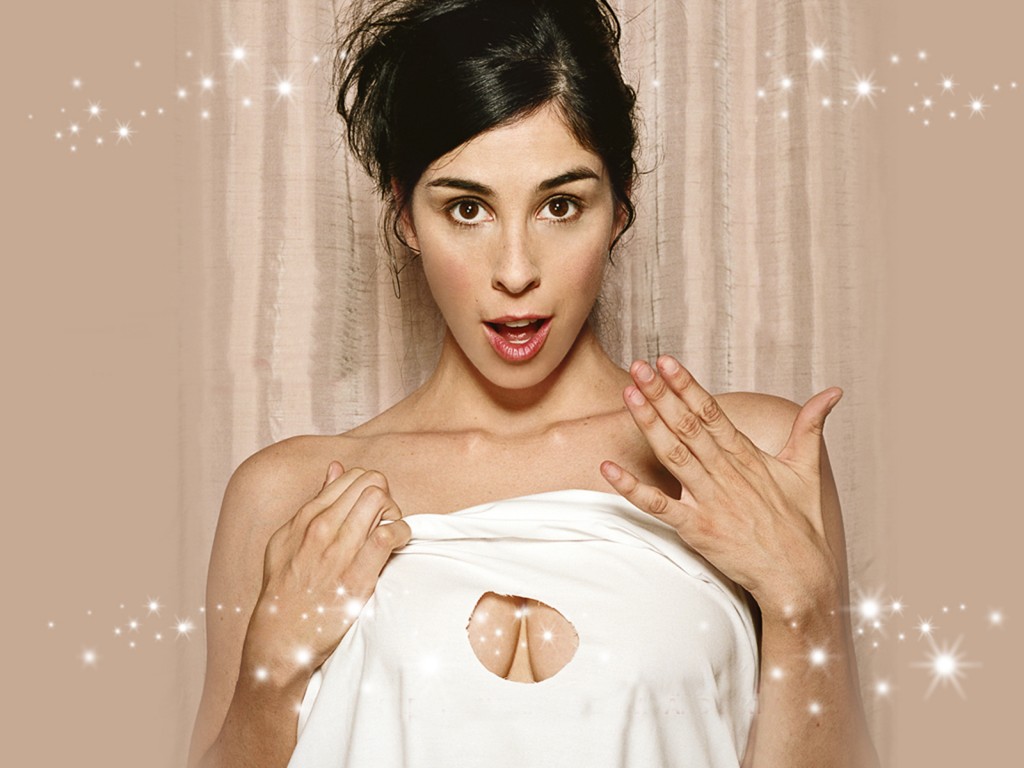 Only a handful of women have managed to make a name for themselves appearing on Saturday Night Live, and Sarah Silverman can count herself one of them. What’s next for the star?

Funny, offensive and downright sharp-tongued, Sarah Silverman is a comedienne/actress whose unremitting humour has landed her in hot water on many an occasion and also earned her a cult status. Never afraid to tackle controversial subjects head-on, beware the Silverman – no one is exempt from being the butt of her jokes!

Sarah Kate Silverman was born on 1st December 1970 in New Hampshire, America. Born into a Jewish family, the youngest of four girls, her mother Beth founded the New Thalian Players theatre and her father Donald ran a discount clothing shop.

After appearing at the local community theatre when she was 12, Silverman took to the stage like a natural and performed her first-stand up routine in Boston age 17. After dropping out of New York University in 1993 she took part in open mic gigs around Manhattan, which soon led to regular comedy performances around the country. While touring, Silverman was spotted by scouts from the legendary ‘Saturday Night Live’ (1980) television show and was taken on as both a performer and writer on the show age just 22. But her good fortune wasn’t to last long when just one season into her new role she was fired for her ‘nonconformist’ tongue-in-cheek jokes, which the NC censors didn’t approve of.

Her rejection from prime-time TV was short-lived and Silverman soon returned to the small screen with guest appearances in ‘Seinfeld’ (1997), while also starring in two episodes of ‘Star Trek Voyager’ (1996). After her feature film debut in ‘Who’s the Caboose’ in 1997 it wasn’t long before her face started appearing in more high-profile hits such as ‘There’s Something About Mary’ (1998) with Cameron Diaz, Matt Dillon and Ben Stiller, which helped raise awareness of her skills as an actress, as well as her profile as a hip young comedienne.

Never far from controversy, Silverman’s penchant for pushing the boundaries of what is deemed ‘acceptable’ was quickly becoming her trademark. She caused outrage during an interview on ‘Late Night with Conan O’Brien’ in 2001 by using the racial slur ‘chink’ when joking about how she would avoid jury duty. Naturally, the Media Action Network for Asian-Americans objected to the ‘inexcusable’ reference and Silverman further worsened the situation by refusing to issue an official apology. In fact, if anything it made her more determined to continue telling it as is through her comic outlets – and there’s no doubt that her style wasn’t toned down in any shape or form following the racial hiccup.

The TV producers didn’t seem deterred by Silverman’s public fall from grace and she continued to land roles in several popular TV series such as ‘Entourage’ (2004) and films including the internationally hyped ‘School of Rock’ (2003) alongside Jack Black. But her true love will seemingly always be stand-up comedy and after the release of ‘Sarah Silverman: Jesus Is Magic’ in 2005, which unleashed some of her most edgy live stand-up routines, she was deemed to be back in the critics’ favour.

The launch of her own sitcom, ‘The Sarah Silverman Program’ in 2007 was massively promoted and the fictionalized take on her own-life (also starring her real-life sister Laura as her sister) has seen huge rating success in America. Later in 2007 Silverman also hosted the MTV Music Awards and once again made the headlines for her controversial stand-up material when she made several jokes about Britney Spears’ mothering skills (or lack of), after Britney had performed a routine on stage.

On a roll, Silverman’s popularity was at an all-time high and she earned yet more acclaim in 2008 – through the most unlikely of her performances – after a guest appearance on her boyfriend Jimmy Kimmel’s show, ‘Jimmy Kimmel Live!’ As a joke, she made a video for him which was screened on the programme and featured her and Matt Damon singing a song written by Silverman called ‘I’m F**ing Matt Damon’ – making mock claims that the two of them were having an affair. Overnight the video was being downloaded at a rate of knots from YouTube and the joke sketch earned Silverman an Emmy for Outstanding Original Music and Lyrics in 2008.

Never afraid to tackle subjects such as race, sexuality, religion or gender and proclaim what many people would frankly be worried to utter for fear of offending, Silverman is most certainly in a league of her own – and it seems that’s where she’s most content to stay.