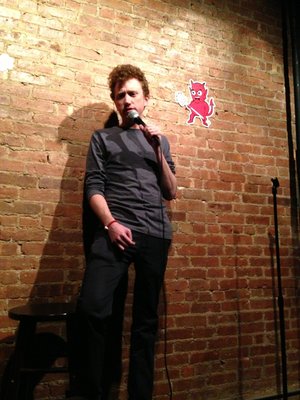 Scott Sharp won the Mark Twain Award for Stand up comedy with a piece he wrote entitled:  “Sigmund Fraud”​ Click here to read about it in the paper Scott was featured in the New York Post newspaper September 26, 2012 Click here He was also featured on NYC News 11 on January 4, 2013 and beat out over a hundred comics to win The Comedy works New Faces contest in 2011.

He can be seen performing stand up comedy all around NYC Comedy Clubs at the local comedy shows. The Laughing Devil Comedy Club, Eastville Comedy Club and Comic Strip Live and many more.