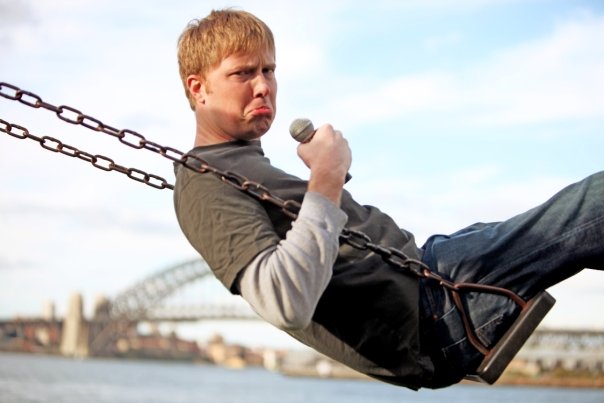 So far in 2013 Shane Mauss has had his fifth appearance on Conan, recorded his first one hour special which will be out in early 2014, performed his solo show for a full month in the world’s largest comedy festival The Edinburgh Comedy Festival, and just recorded a TV spot in Australia at The Just For Laughs: Stand-Up Series at The Sydney Opera House.

Originally from La Crosse, WI, Shane Mauss moved to Boston in 2004 (at the supple, tender age of 23) to pursue his childhood dream of becoming a standup comedian. In less than three years, Shane caught his big break when he was awarded Best Standup Comic at HBO’s US Comedy Arts Festival in 2007.

Comedy Central Presents: Shane Mauss debuted in 2010 and was accompanied by his first CD Jokes To Make My Parents Proud with Comedy Central Records, which was named in the Top 10 Albums of 2010 by Punchline Magazine.

You may also know him as a regular on The Bob and Tom Show, Sirius Radio, Pandora, Spotify or podcasts such as WTF, You Made It Weird, Doug Loves Movies, Keith and The Girl or as co-host of The Double Date Podcast.