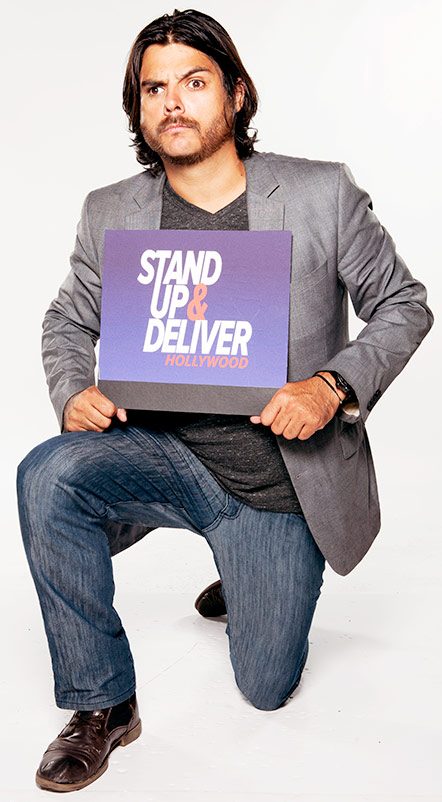 Shaun Latham has been described as witty and goofy with the ability to think fast on his feet – making him unpredictably funny. With his high energy and strong stage presence, Shaun is on the rise in the comedy world, one stage at a time.

As a child, Shaun moved around a lot, “Being the class clown growing up made it easier for me adapt to my new environments.” At 22, Shaun found himself in Tempe, Arizona where he was hired as a waiter at the Improv. He spent his evenings enviously watching amateur comics take the stage. In 2002, Shaun took the stage himself and hasn’t looked back since.

In 2004, after a couple years on the comedy circuit in Arizona he moved to Los Angeles to pursue his dreams.

Shaun made TV appearances on both MTV3 and Si TV in 2007. Two years later he co-starred in the feature film, “I’m not like that no more” along side Paul Rodriguez and Felipe Esparza.