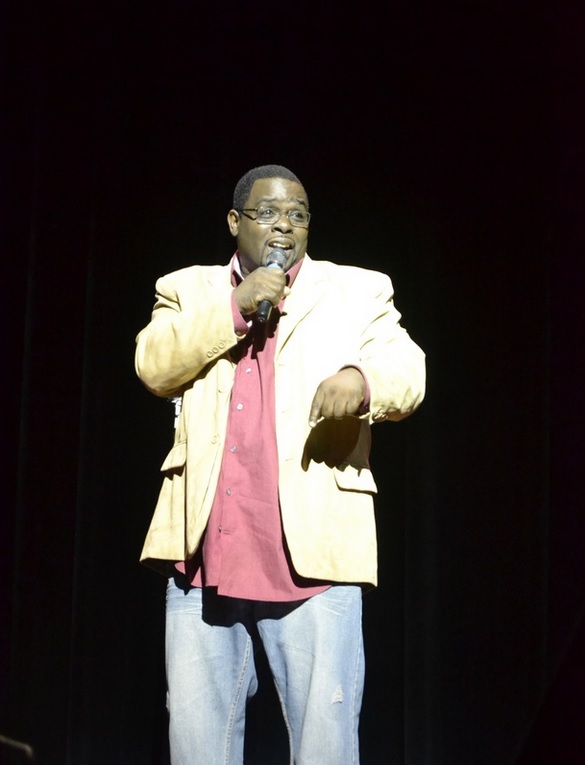 Shawn Cornelius is a legendary rising star of the American stage, television, music and film, cherished not only for his gifts as an actor and musician but also for his commitment to his community. He is among the most exciting and respected talents in the United States and abroad. His looks and diverse talent has often had him compared to Cedric the Entertainer and Flip Wilson, a place he fits well among. Self-labeled the Romantic Funny man, he has the presence of a Jamie Foxx, acting capability of a Denzel Washington and personality as inviting as Martin Lawrence. Always funny and candid about himself and the world he helped to shape, Shawn Cornelius over the past two decades, has entertained more than a half a million people. He has created a loyal fan base that have invested and believed in the world created from the comedy and music of Shawn Cornelius making him a successful entrepreneur.

In 2000, after extensively traveling the world, Shawn’s entertainment responsibilities inspired the vision behind Only 1ne Son Entertainment. Only1neSon Entertainment was formed to ultimately build up and provide centers of help within the community. Only1neSon Entertainment was founded to provide fresh, unique, intelligent, insightful, energetic, animated, delightfully raunchy, “down home funny” entertainment in television, film, radio and internet. His shows leave audiences in the aisles and feeling like their cravings and taste buds for “down home funny” have been satisfied. In 2010, his company expanded it’s focus to include music and radio show divisions.

Shawn Cornelius was born in Queens, New York and was raised in Hempstead, Long Island and Hopewell Junction, New York by his mother, step-father and father. The only boy in a family of five sisters, he quickly learned how women liked to be treated. In school, he was a good student with a B average. He was very active in sports playing in his high school’s baseball, football, basketball and volley ball teams. He attended Shaw University in Raleigh, North Carolina where he earned a Bachelors of Arts in Theater Arts. A true renaissance man, Shawn’s entertainment career began in 1991 as a member of the singing group Chapter 1ne group. In 1995, his father encouraged him to attend a comedy show where he met one of his friends who told him about a comedy workshop and the rest is history in the making.

Shawn Cornelius is a seasoned entertainer with over twenty years experience in the world of entertainment. During his tenure, Shawn Cornelius has performed at the hottest comedy clubs throughout the world, unlimited amount of colleges, as well as a variety of special events. Comedy clubs such as Ha Comedy Club, Caroline’s, Boston Comedy Club, Comedy House Theater and Improv in New York have requested Shawn Cornelius to partner with them to host and develop numerous comedy shows. He has appeared at over 250 colleges nationally and internationally as well as performed in over twenty plays. He has been the opening act for Keith Sweat, The Isley Brothers, Jaheim, Gerald Lavert, Phil Perry and many more. His television credits include BET Comic View All Star (5x), NBC’s Law & Order and Law & Order SVU. Shawn also produces and host a weekly radio show called the Comedy Spillage Radio Show. He appeared in a short film called “A Doubting Thomas/Footprints” in which he starred as Rev. Thomas Tillman. NOW…he delivers A Romantic Journey, his first music project!

Shawn is passionate about helping others improve their lives and to motivate people to participate in their community as well as build better bridges in their family. Besides his business activities, Shawn volunteers at Dare 2 B organization where he does community based work including helping with food drives, toy drives and feeding the homeless.

Shawn Cornelius is the consummate entertainer who enjoys interacting with his audience, therefore whenever you are in his presence you will be guaranteed that you will experience someone who is dynamic, uplifting, inspiring and helping others move to the next level!