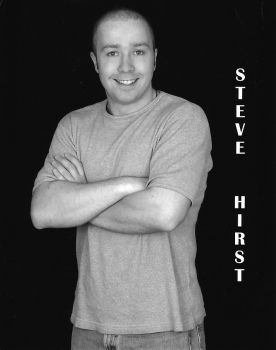 Steve Hirst comes All the way from Manchester England. Now based out of Dallas, Texas Hirst performs his crowd pleasing act on American stages nationwide. Steve’s unique brand of humor manages to translate the comical differences between the UK and the US and his act has often been described as a mix between Benny Hill and the movie Snatch.

With dead on impressions, music and a closing bit that will have you falling out of your seat, Steve’s roller coaster ride of laughs will leave you short of breath and begging for more. Get ready America because the new British Invasion of comedy has arrived and it goes by the name of Steve Hirst.