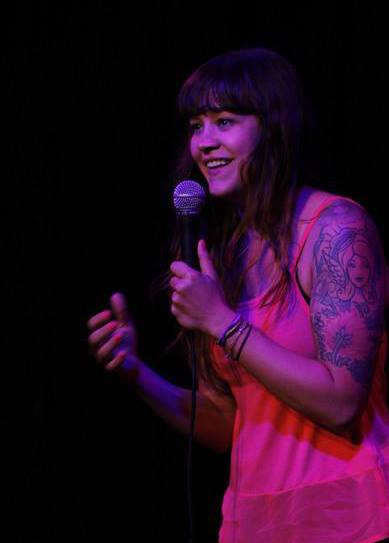 Sue Smith is a comedian and writer who performs at the Upright Citizens Brigade Theatre in New York City. You can catch her every Friday at 10 on Best Week Ever on VH1. She’s also been on Comedy Central, Girls, Delocated, and in TONS of internet videos. Her writing has appeared in xoJane, amNewYork, the New York Post, VICE, GOOD, and Brokelyn. Minimum Rage, her solo character show, enjoyed a nice long run at the UCB, was a Time Out Critic’s Pick, and was featured in the New York Daily News.  She’s the host of Tits & Giggles, the podcast for women in comedy. Maybe you should check out her web series, Brokelandia? Sue has tattoos, a gluten allergy and lives in Brooklyn with her two cat children. Obviously.