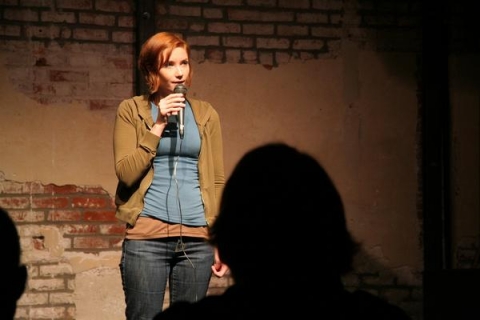 Susan Burke is an actress, writer, stand up comic and artist. While hosting a music radio show she realized she was better at being funny than being cool. Since that discovery she has become a regular performer in the LA “Alternative” comedy scene performing often at such shows as “Comedy Death Ray” and the “Tomorrow Show”. As an actress Susan has been in a number of feature films and TV credits including: Important Things With Demetri Martin, X-Play, Attack of The Show, Nerd King, and Oxygen’s The 25ist. She’s written for various zines and music blogs, and the TV show Infomainia. At age 10 Susan won an award from Cricket Magazine and her art career pretty much peaked then.