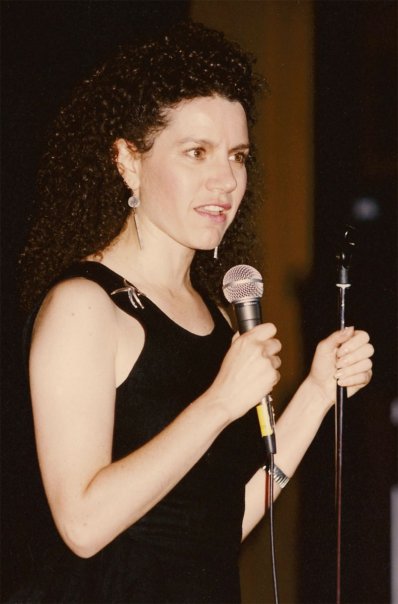 Susie Essman has played the sassy Susie Greene for all eight seasons of the critically-acclaimed HBO comedy series, Curb Your Enthusiasm.  Her hilarious bouts of withering sarcasm and uninhibited insults have become her character’s trademark.

The Los Angeles Times calls Susie, “The most lyrical purveyor of profanity on television.  She makes the entire cast of  “The Sopranos” look like rank amateurs.  It really is a gift.”

The New York Times called Susie “one of the most vivid characters in the show, whose off-color tantrums have become an audience favorite the way Kramer’s clumsy entrances once were”.

Susie’s streetwise vernacular is perfectly suited for her life in Manhattan where she has been a veteran of the world of stand up comedy for twenty-nine years.  She has appeared in her own half-hour HBO comedy special, made numerous appearances on Late Night with Conan O’Brien, The View, andCrank Yankers, to name just a few of her many television credits.  She has also acted in numerous films, most recently costarring with John Travolta as the voice of Mittens the Cat in the Disney animated movieBolt.

Susie’s book “What Would Susie Say – Bullshit Wisdom Wisdom About Love, Life and Comedy” is published by Simon & Schuster and is now available in paperback.

Susie divides her time between New York City and upstate New York where she lives with her husband, four step-children, and dog.