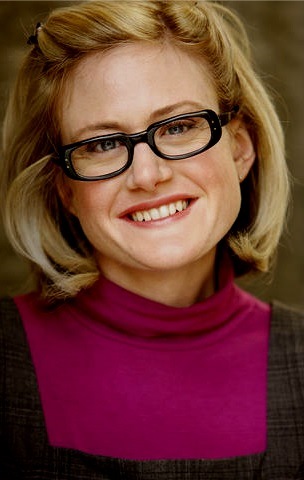 Tamra Brown is a writer, actress, and stand-up comic. She performs stand-up, sketch, and improv at various indie/alternative venues around Los Angeles, as well as well-known stages such as The Upright Citizen’s Brigade Theater, iO West, and The Comedy Store. She studied improvisation with The Groundlings and The Upright Citizen’s Brigade and has performed in the Del Close Improv Marathon, the Bridgetown Comedy Festival, and the San Francisco Comedy & Burrito Festival.

Tamra worked for many years for the sketch comedy series MADtv and is currently a contributing monologue joke writer for The Complete Sheet, which provides topical jokes to morning drive radio shows across the country.

Tamra loves to travel to see bands and she tells humorous and off-color stories about adventures on her podcast, Down and Dirty Travel. She’s hoping to develop the podcast into a TV show.

Tamra graduated from Emerson College in Boston and is originally from Kansas City, MO. She also plays bluegrass fiddle (in case there was any question about how white she really is).