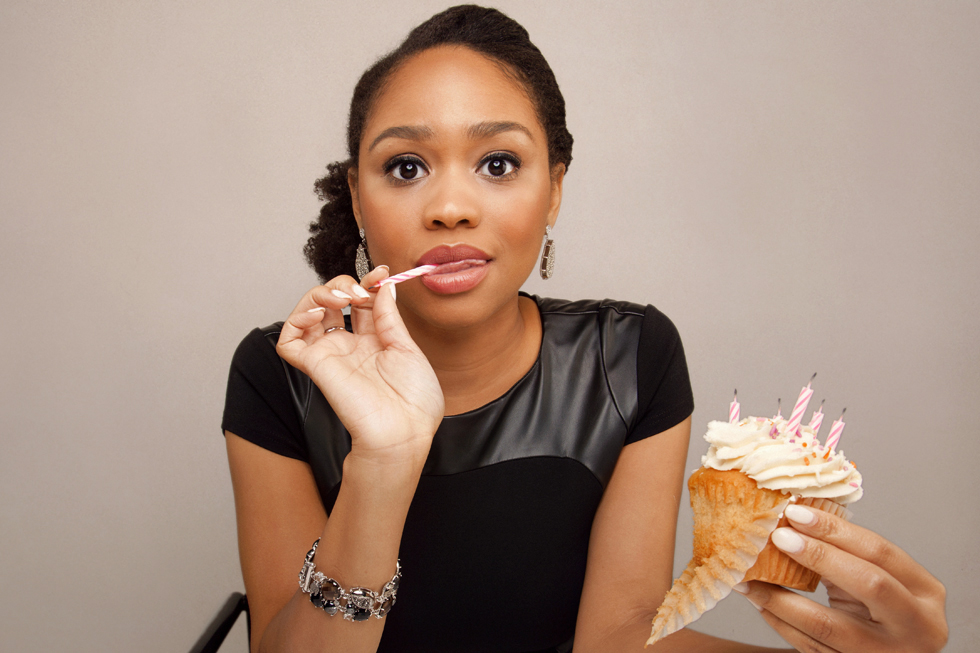 Tanisha is West Philadelphia born and raised. In her Mom’s apartment is where she spent most of her days (seriously). She moved to NYC in 2006 to study acting and soon discovered that she was completely obsessed with being a weirdo and making people laugh. She then began to study improv and acting at UCB, The PIT, The Philly Improv Theater and Michael Howard Studio. She is currently a cast member of MTV’s Girl Code and has also appeared in feature films and commercials. You also may have seen her on Comedy Central, Teen Nick, VH1, Fuse TV and College Humor. She can also be seen performing sketch, improv and stand-up all over NYC !