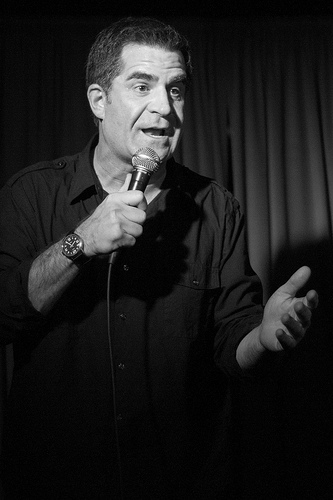 Todd Glass (Born Kendall Todd Glass) is an American comedian from Philadelphia, Pennsylvania. He was a contestant on the second and third seasons of NBC’s Last Comic Standing and has appeared on Jimmy Kimmel Live, Late Night with Conan O’Brien, Tough Crowd with Colin Quinn, the Sarah Silverman Program, Mr. Show with Bob and David, and his own Comedy Central Presents special. Todd also does a podcast titled Comedy And Everything Else with fellow comedian Jimmy Dore and Stefane Zamorano. Todd released a CD of live standup called Vintage Todd Glass and Other Crap and is also featured on the two CD set Comedy Death-Ray, a compilation of various stand-up comedians recorded at the UCB theater in Los Angeles, California. On the May 8, 2009 episode of Comedy and Everything Else, Todd mentions that he will have a new CD coming at the end of May on Comedy Central Records called “Thin Pig”.