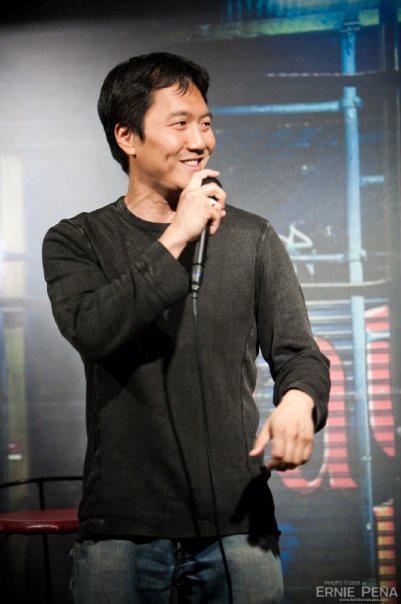 I was born Baek In Chun, an orphaned child from Seoul, Korea (That’s in South Korea, for those of you who don’t “google” things you don’t know).

At four-years old, I was adopted by a nice white couple from Long Island. Even at a young age, I always liked making people laugh. Like most people who think about doing standup, I was told I was funny, that I had a dry sense of humor. Flash forward to my teens, twenties and mid thirties, working full time and putting my funny bone to work in advertising.  I never really gave it serious thought until I was laid off from work.

‘I called one of my friends who also happened to be jobless and said I wanted to try standup. Enthusiastically, he wanted to do it with me. We would support each other. I said that I would find an open mic, go to a few shows, and then we’ll try it.

But when it came time to do it, he backed out. So I went at it alone. After many open mics, rewriting material, getting laughs, I was getting invited to perform.

In the beginning, I did my fair share of “barking” and “bringing.” But I wanted to create something of my own. So I produced Chopschtick at Gotham Comedy Club, a showcase for talented asian-american comedians.

From there it was more clubs and college gigs and shows of my own, like A-list Comedy at Standup NY, Jammin’Asian at the Laugh Lounge and Funny Over Fortyat Klimat Lounge. My material is clean. I think I’m very funny. And I hope to see you at one of my shows. ‘