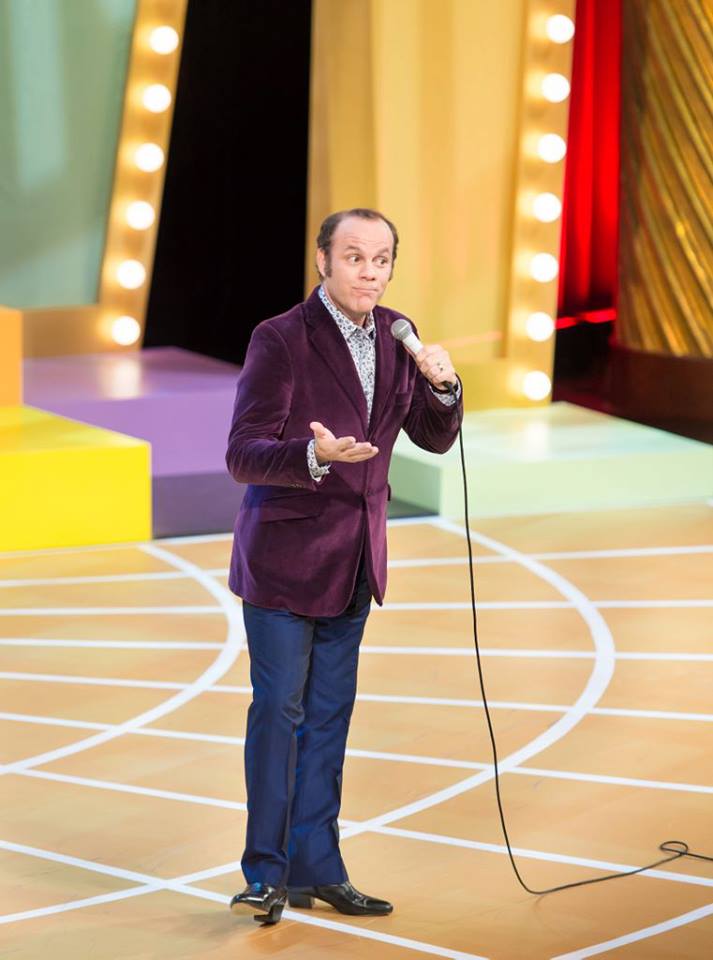 With more than 20 years as a stand-up comedian, Tom Papa has found success in film, television and radio as well as on the live stage. In March, Tom will tape his second hour stand-up special directed by Rob Zombie. Tom’s first hour special, Tom Papa Live in New York City, premiered to rave reviews on Comedy Central in January of 2012 and is available as an mp3 or video download.

In May, Tom will be seen alongside Michael Douglas and Matt Damon in the HBO film, Behind the Candelabra. Tom starred opposite Matt Damon in the Steven Soderbergh film, The Informant, and starred opposite Paul Giamatti in Rob Zombie’s animated feature, The Haunted World of El Superbeasto, as the voice of El Superbeasto. Tom has appeared in the films Analyze That, opposite Robert DeNiro, and Comedian; he had a voiceover role in the DreamWorks animated feature “Bee Movie” and also was a writer on the project.

On television Tom was personally chosen by Jerry Seinfeld to host the NBC series, The Marriage Ref, which ran for two seasons. Tom had a recurring role opposite Julia Louis-Dreyfus on the CBS series,The New Adventures of Old Christine and starred in his own NBC series, Come to Papa.

Tom is a regular guest on The Tonight Show with Jay Leno, Conan, and The Late Show with David Letterman. When not touring the country, Tom lives in New York and Los Angeles with his wife and family.