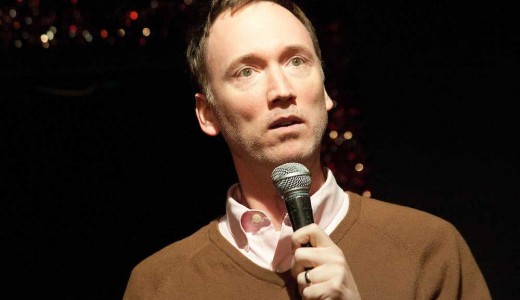 One of the more recognizable comedians out there,  Tom Shillue has made the rounds of network  television in his favorite role as a comedian and also  a guest host of multiple shows on Fox News. He  broke out his musical talents as a member of Jimmy  Fallon’s Barbershop Quartet, singing I’m Bringing  Sexy Back with Justin Timberlake on The Tonight  Show Starring Jimmy Fallon.

Tom’s extended appearance on Fox News occurred on The Five while Greg Gutfeld took leave to promote his book. Tom has continued his work with Greg as a regular guest host on Fox’s Red Eye w/Greg Gutfeld. But don’t let his relationship with Fox News fool you about Tom Shillue’s political leanings; Tom has also performed on Comedy Central’s The Daily Show with Jon Stewart.

While in New York City, you’ll likely find Tom performing at NYC comedy clubs like The Stand NYC, The Comedy Cellar, Stand UP NY. You can stay up to date on all of Tom Shillue’s upcoming shows by check the NYC Comedy Schedule here on Best Comedy Tickets!