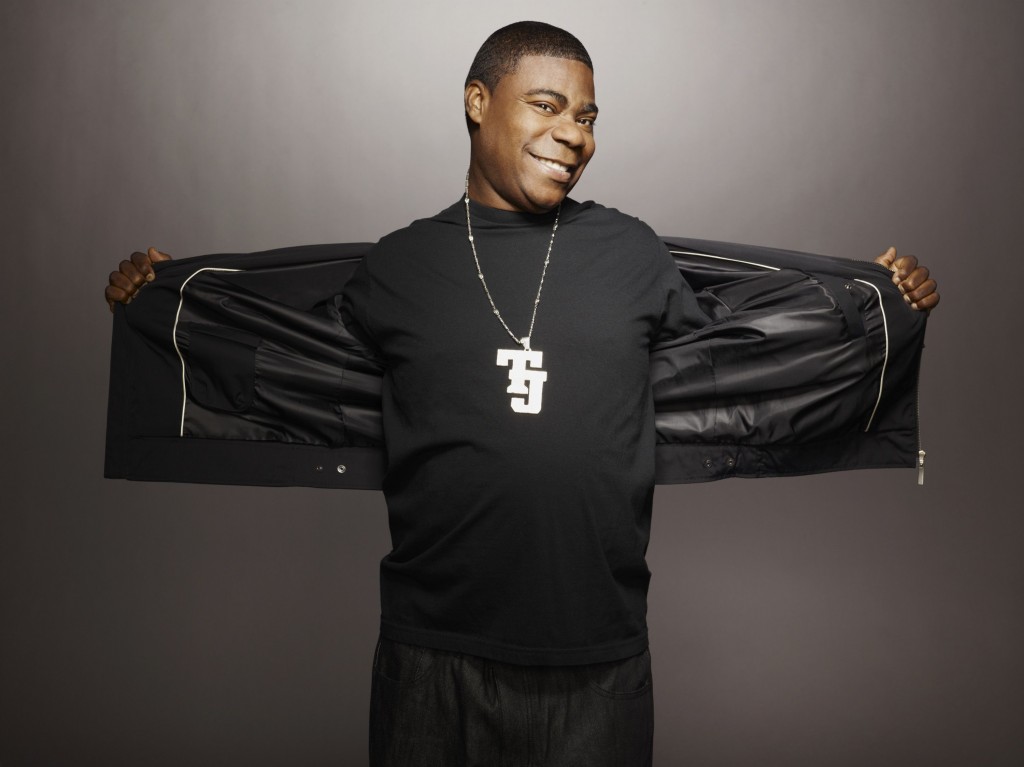 Born and raised in New York City, Morgan is a stand-up comedian and sketch-comedy player who has worked the national stand-up comedy circuit while appearing on several television programs over the last several years. In January 2000, Tracy Morgan appeared as the main character in a music video for the single “Notorious,” which featured Puff Daddy and Lil’ Kim.

Tracy Morgan continues as a cast member of “Saturday Night Live” for his sixth season.
Tracy wrapped up his fourth season with the debut of the memorable character Woodrow, who left his mark by bringing guest Britney Spears (and other female hosts) down to his subterranean home and singing to her. Some of Morgan’s other memorable characters include “Judge Judy’s” baliff, Bert, Bishop Don “Mack” Donald, host of “Pimp Chat,” Mrs. Parker, mother of ne’er do well multiple felon Dante Parker (but as she says, “Not my baby!”) Tate Witherspoon of the tough-talking law firm, Russell & Tate, as well as appearing in the popular commercial parody for “Uncle Jemima’s Pure Mash Liquor.” His impressions include Mike Tyson, “The View’s” Star Jones, Della Reese, Busta Rhymes, Maya Angelou and Earl Woods, father of golfer Tiger Woods. In addition to appearing on “Weekend Update” as recurring character Bronx building superintendent Dominican Lou, he has made numerous comedic appearances as himself, both on “Update” and in backstage sketches where he grills the guest host with inappropriate questions.

Born and raised in New York City, Morgan is a stand-up comedian and sketch-comedy player who has worked the national stand-up comedy circuit while appearing on several television programs over the last several years.

Morgan has appeared on “Martin” as the recurring character “Hustleman,” “Uptown Comedy Club,” “Apollo Comedy Hour,” “Showtime at the Apollo,” “Def Comedy Jam” and HBO’s “Snaps.” He also appeared in the feature films “A Thin Line Between Love and Hate,” Vanessa Middleton’s new independent feature “30 Years to Life,” and just completed “How High” for Jersey Films/Universal Pictures and “Jay and Silent Bob Strike Back” for Miramax/Dimension. Morgan is married, has 3 children and lives in the Bronx, New York. His birthday is November 10.