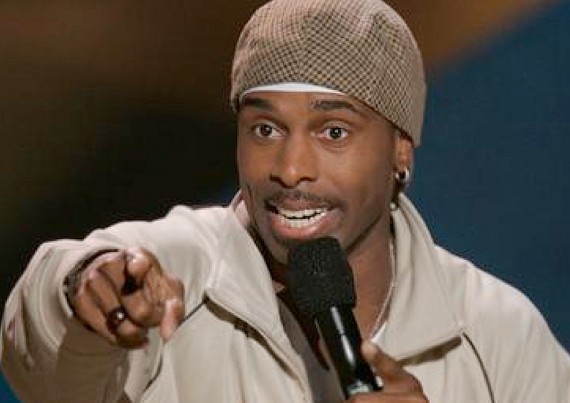 With his ability to put a funny and unique spin on topics such as race: ” We should switch stereotypes…every 30 days”, religion: “my grandma is the only person I know with a tattoo of the Last Supper” and politics: ” I’m glad gas prices are high… drive-by shootings have decreased!!” Ty demonstrates that comedy can be funny and yet thought provoking. He has been performing since his high school days on Chicago’s south side. His ability to make people of all cultures laugh was necessary in a school full of diversity. He began touring California, Oregon, and Canada, gaining respect and a reputation as “someone to watch”; “a tremendous performer”; “refreshing”. He was voted Up-and-Coming Comedian of the Year in 2002 at the Las Vegas Comedy Festival and named “outstanding performer” at Montreal’s “Just for Laughs” festival, where he first got the attention of the Hollywood Industry. Today, after numerous appearances on TV commercials and live shows such as ABC’s Jimmy Kimmel Live, he is a regular on CBS Late Late Show with Craig Ferguson. Ty has been performing with some of the best talents in the entertainment industry such as Al Green, Chris Rock, Robert Schimmel. The media particularly acclaimed his performance at the Universal Amphitheater where Ty opened up the show for Donna Summer in front an audience of 6000 people. Ty’s comedy has been very well received also by college audiences and he is now one of the most requested comedians in colleges across the country. Phil Iaezetta defines him “Fucking hilarious” and he is now one of the most requested comedians on Sirius Radio. He has been featured in the Hollywood Reporter as well as Maxim Magazine to name a few. Ty’s comedy is hysterically funny, smart, and edgy. With his unique charm and hypnotic presence Ty delivers in every show laughs with a message. And this is what makes him a rarity among today’s comedians: he makes audiences think. Beside his undeniable likeability audiences love Ty because he has something to say.