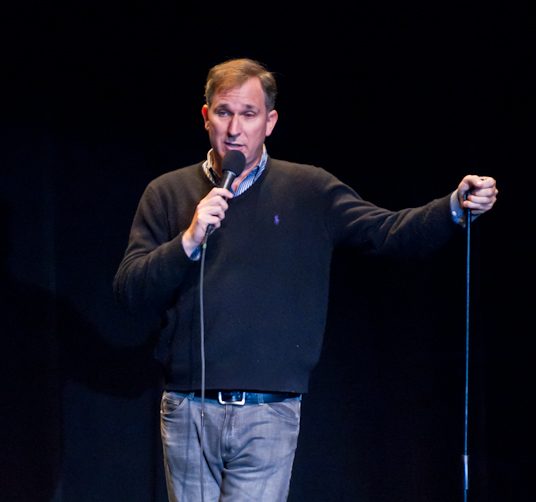 Wayne Federman is a stand up comedian, actor, and author. Wayne has made appearances on CBS’s The Late Late Show with Craig Kilborn, NBC’s Tonight Show with Jay Leno, in addition to Late Night with Jimmy Fallon. He also landed his own half-hour Comedy Central Presents stand up special. Wayne has served as a character-actor on countless television shows, including The League, Curb Your Enthusiasm, The X-Files, and The Larry Sanders Show. Wayne has a long film resume as well, acting in 40-Year-Old Virgin, Funny People, Knocked Up, and Legally Blonde. Wayne has served as a writer for a vast number of comedians – including working as the head monologue writer for Late Night with Jimmy Fallon. He has also written for Bill Maher, Kevin Nealon, Seth Rogen, The Muppets, Sarah Silverman, and Garry Shandling. Wayne co-authored Maravich, a sports biography that earned rave reviews from both literary and sports critics. He also hosts the annual Wayne Federman International Film Festival. Wayne is based in Los Angeles.