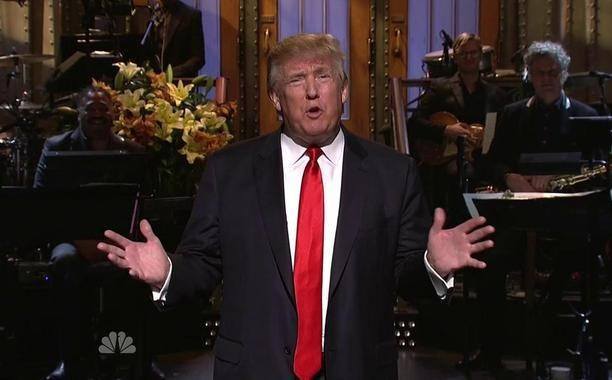 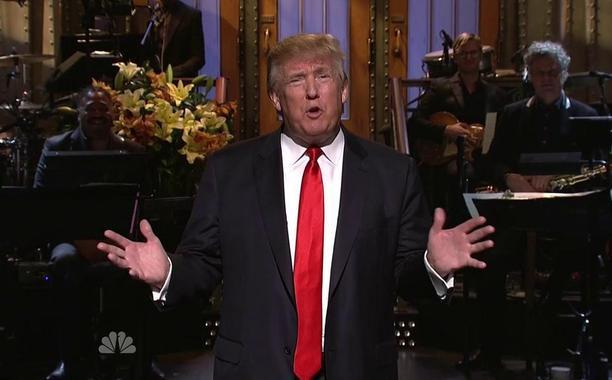 There was hundreds of protesters standing outside NBC Studios, where they tape SNL. It was a highly controversial night for Saturday Night Live giving Donald Trump the ability to host the show.

This was the real estate guru second time hosting popular sketch comedy show, earlier in the month Hiliary Clinton appeard on the show and had huge ratings.

This was a bit different just outside the studio stood hundreds of latinos that protested the show for giving Donald Trump the ability to be on the show.

The latino activists offered to pay $5,000 to any audience members, who yelled out Trump is a ‘racist during the tapping of the show. The show featured just one heckler and that was comedian Larry David who paid Bernie Sanders.

While Donald Trump was doing the opening monologue, Lary David screamed out  “You’re a racist,” then said he had heard that he could make $5,000 for heckling the host.

The Latino group and there team of supporters had been protesting Trump’s hosting Saturday Night Live, because of the controversial remarks he had made about Mexican’s that immigrate to United States. This was in June when he made the big announcement he would be running for president.

Despite all the people who protest Donald Trump hosting the show. Donald Trump gives SNL its biggest ratings in years

Prior record was held by former basketball player Charles Barkley and Musical Guest Kelly Clarkson. That was aired January 7, 2012.

Trump was extremely confident he would remain on the show to help boost SNL’s numbers. “I get the best ratings,” he reportedly said when asked about the SNL gig.

The physical number of viewers to watch Trump on SNL will be available later in the week. Earlier in the season it was viewed by 6.3 million. It is expected that 10 million people watched Trump.

Trump is currently in the lead in the primary polls at the GOP.