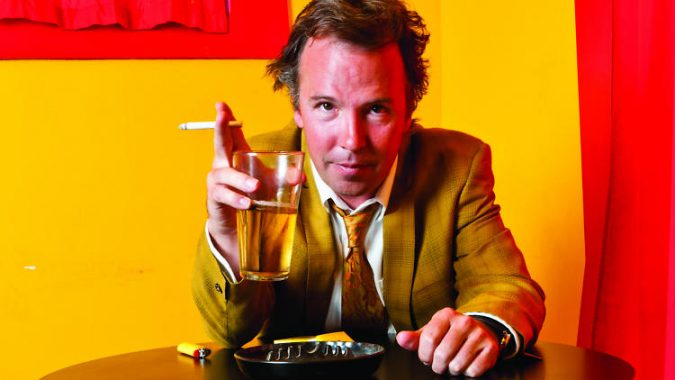 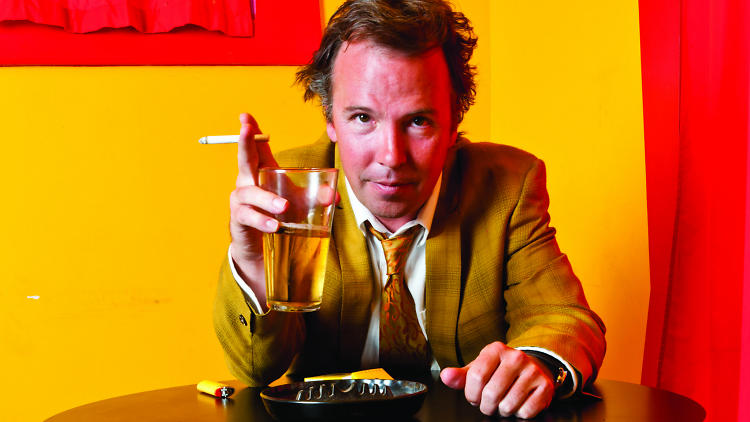 He is unapologetic, abrasive, politically polarizing and highly opinionated. His twitter profile says ‘Drunk, comedian, obsolete” and at any given time, at least one of those is wrong.

Doug Standhope top ten comedians include some heavy hitters Dave Attell, Neil Hamburger, Junior Stopka, and Sean Rouse. Stanhope calls Rouse a “master craftsman” and “madly original.” Attell comes in at number 7, but that doesn’t stop Stanhope from calling him the “greatest comedian ever.” Coming in at number 2 on the list, Doug praises Steve Rannazzisi, calling him a heroic survivor of 9/11. Maybe the news hasn’t reached London yet but someone might want to go back and get a new quote on that one. Although Stanhope’s list focuses mostly on comedians performing today, his number 1 is comedy legend Mitch Hedberg.

‘Dead comics get too much credit’ he wrote, ‘Hedberg brought his own humanity to a one liner act in a way I’ve never seen before or since.

A master craftsman, madly original, Easily top five of my generations. His tsunami routine would make my shortlist of all time best bits ever written Hobbled with rheumatoid arthritis.

A different show every night. Even when they’re the same bits he’s been doing for years, he’ll add five new tags while forgetting the stet up that makes it all make sense. You have to see him five nights in a row to undersand one set. Some comics say “some of these are jsut for me. Perhaps Andy is just for me.

“the single funniest person I know. He barely goes on stage. Doesn’t matter. You could get a new ten minutes of material a day just hanging around him with a notebook. WHich would be fine because he would forget why it was funny anyway.

According to Standhope’s manager, Brian Henningan. Mat Becker can be found tending bar at the famous Bird House inside Chikoot Charlie’s in Anchorage, Alaska

Is the best comedian ever that’s why he comes in sevent place in this list.

Silly and lovable. A solid weirdo. Whiskey absorbs his ambition.

A brillant stand up and prankster. He works every waking moment at creating funny. He had a beard before it was popular. prone to depression.

He got into stand up comedy out of the spit for mediocrity. A hilarious parody of shitty catskill comics deiberately awful jokes mixed with actual fantastic and cruel jokes that kill. Seems sad when you drink with him.

A machine that moves like a symphony. Always finding that angle that eluded you. Plans murders.

An heroic survivor of 9/11 whose narrow escape from the south tower was the catalyst to propel him into a brilliant comedy career that will undoubtedly last for many years to come. if subway ever needs a spokesman.

Dead comics get too much credit. Hedberg brought his own humanity to a one line act in a way I’ve never seen before or since Mitch holds up in every way. Heroin killed him and he’s still makes me tempted to try it.