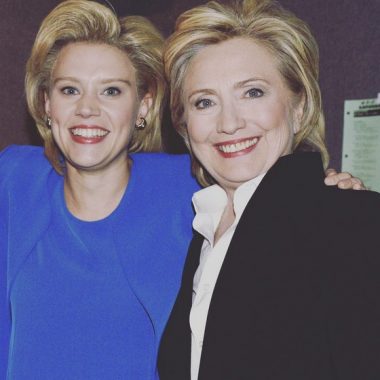 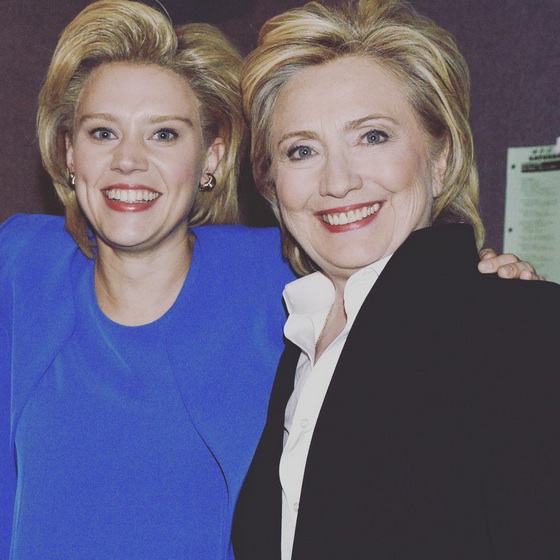 It seems there is currently no stopping Hillary Clinton especially when she appeared on last Saturday’s season premiere Saturday Night Live. Hillary flawlessly took on the role of a friendly bartender who went by the name of Val. In the Irish themed pub, Hillary was seen in character serving familiar cast member Kate McKinnon, who was set out to impersonate her. “I needed to blow off some steam. I have had a hard couple of 22 years” Kate began as she took on the role of impersonation Hillary. Not only was Hillary Clinton teamed up with Kate McKinnon, but popular pop princess Miley Cyrus also featured on the show as Saturday Night Live’s host for the evening and also performed as musical guest during the show. And if that wasn’t enough Miley also appeared for a brief moment in the Clinton sketch as a friendly bar patron.

“Val, I wish you could be president!” McKinnon chimed in with a delighted smile across the bar towards Hillary Clinton’s bartender character, Val. “Me too!” Val responded with a playful grin before the duo broke into a sudden rendition of “Lean On Me.” Last Saturday’s episode marked Hillary Clinton’s second time appearing on the show.