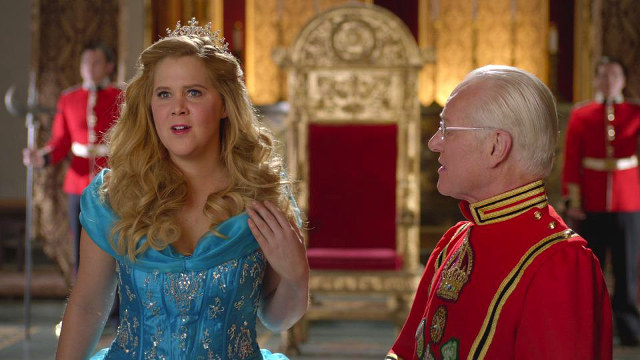 Amy Schumer is the voice of the modern 21st century woman. She is a feminist, brutally honest, and constantly pushing the boundaries with her social commentary. It’s the type of voice many American women were looking for, and has helped propel her popularity.

Women were looking for someone with a strong point of view, and Amy Schumer delivered. There aren’t many women out there doing what she does, and she figured that out early on and ran with it.

She Got On TV

Schumer is now known for her own television show Inside Amy Schumer on Comedy Central, but the young comic landed a bunch of other tv gigs before launching her own show.

Schumer first appeared on “Last Comic Standing” on NBC back in 2007, and while she only came in fourth place, the national exposure was instrumental to her career. She caught the eye of Comedy Central during that gig, and was later booked on Live at Gotham and as a Roaster for Charlie Sheen. Comedy Central was so impressed they launched a pilot with Schumer, and even ran a stand up special.

Now Inside Amy Schumer — which launched in 2013 — is one of the most successful shows for the network, with nearly a million views per episode. Schumer shows it takes just one good performance on national TV to launch your career.

Schumers antics on her show, or out in public have proved insanely shareable and sent many of these clips into the realm of viral videos. Her videos have been shared across twitter and facebook, and made into memes and gifs in the millions all across the web.
Her viral success can be attributed quite simply to her insane(ly funny) humor. Schumer never seizes to impress, or surprise her audience both on the screen, or walking the red carpet. Her humor is often scathing which riles up her audience, and at the same time infuriates her critics. Either way, she’s got America waiting for the next crazy thing she is going to say — and they can’t wait to share it with their friends.

What do you think about Amy Schumer? Tell us some of your favorite jokes from the comedian in the comments below!