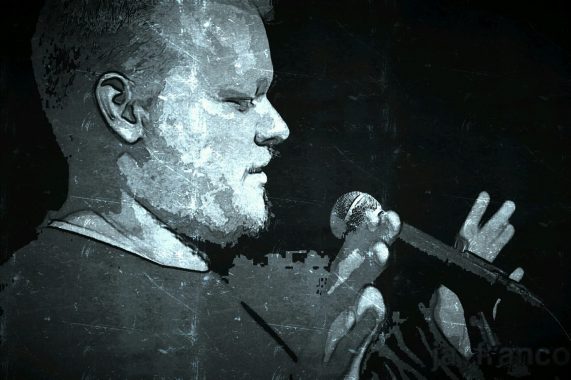 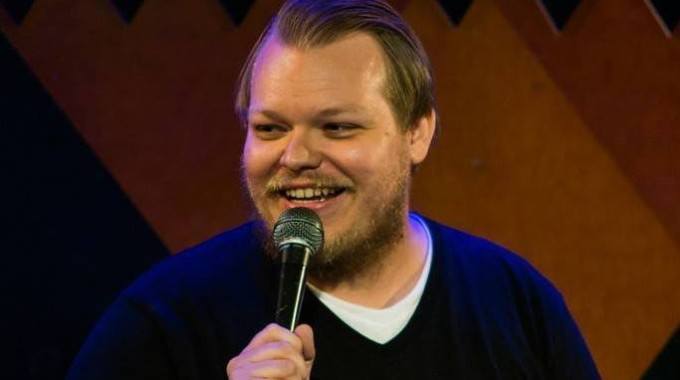 Another day of self-doubt and discontent. Another day of societal chaos. Another day of propaganda. Another day of world-wide-violence. Well, just another fucking Saturday. I’m sitting here in a touristy coffee shop, on the corner of MacDougal and Bleecker Street, with my good friend Nick Whitmer to discuss his life in the world of Standup Comedy. To set the mood for you: it’s freezing cold outside, the streets are cluster-fucked with obnoxious drunks and the barista is a fucking asshole. Ergo, this leaves a lot of room for optimism in this interview. Self-awareness is a bright disease and Nick has it. I’m excited to hear some genuine thoughts and opinions. Let us begin.

Me: Tell me about your start in Standup Comedy

Nick Whitmer: My first set was on March 21st 2011 at a New York Comedy Club open mic. Afterwards, I walked all the way to West Village because I was too scared to take the subway. The walk sucked but I did experience a surreal moment when I randomly saw Louis filming something for his show. It was crazy to go from: Living in Savannah, to doing my first standup comedy set, to seeing Louis CK in person

Me: Who are your comedy influences?

Me: What is your favorite “style” of comedy?

Nick Whitmer: I like point-of-view driven standup. It’s great to see a person that’s genuinely unique in their perspective. I’m not big on characters or “Jokes.” It’s not that I don’t respect that style of comedy, it’s just not something I like to watch. Don’t get me wrong you can be funny doing jokes as long as you have a point-of-view behind them. Some people go up and do A+B+C and that’s boring to me. It’s like figuring out a math problem. Point-of-view is what makes a person unique and interesting because it comes from all of your experiences. It’s an honest representation of the way you look at life and the way you live your life. It shows the real you

Me: What is the best and worst experience you’ve had?

Nick Whitmer: I recently had a set that was so bad that if you didn’t know me you would have thought, “Oh this must be his first time doing standup comedy.” I’m 5 years in

Me: Hahah what happened?

Nick Whitmer: Well I was last on the lineup on a sold out show. As I was walking on stage the middle section of the rectangular room started to leave. It sucked because they were the high energy people, you know, the ones laughing and having fun. So, I get on stage and I can only see the 5 people in the front row, everything else is pitch black. I started going and they just weren’t laughing. I was looking out into darkness and it felt like I was doing comedy for 3 people in a dark basement who hated me. There was actually like 40 people left at that point. It was the first time since I started that I didn’t know what to say next. It was really embarrassing

Me: That’s great man! What about something good?

Nick Whitmer: Last night I had a good set in front of my girlfriend and her mom. So that felt pretty good

Me: How does your girlfriend’s mom feel about you pursuing standup comedy as a career?

Nick Whitmer: I don’t think she knows me well enough to judge me since we’ve only met 3 times but I think she is supportive. I think she is more curious than anything, “Oh wow you’re a standup comic? That’s pretty crazy!” But she seems very supportive and she’s really cool

Me: And what about your girlfriend? Is she supportive?

Nick Whitmer: Ya she is. She’s a comedy nerd which is great because I have the ability and trust to run stuff by her. I don’t try to force her to come to a lot of shows. You know how it is. You’re working out new material and you don’t want to make her come see you do the same jokes 25 times

Me: That’s good shit. Does your schedule of late hours ever conflict with the relationship?

Nick Whitmer: Rarely but we have had some issues with scheduling because she works during the day and I’ll come home at midnight, which can suck. We’ve also had a few arguments about bits I’ve done but no horror stories from either end

Me: Sometimes, on stage, I’ll complain about my girlfriend. Do you feel like it’s good in the sense that you’re not keeping any secrets from her? Does it make for a healthier relationship?

Nick Whitmer: I think it can be used as a coping mechanism if done the right way. I also understand it from her perspective. If I do a bit where I complain about something she does and don’t tell her, it completely blindsides her, cause she’s going to hear it and go, “Wait, you never told me you felt that way! How would I know that?” All I do is internalize everything like a maniac and that’s not fair

Me: So what’s the plan to get on the same page?

Nick Whitmer: Something I’m working on is, if I’m upset, I make sure we talk about it before I do the bit every time. Well, not every time, I mean I’ll try a bit and if it doesn’t work it doesn’t work ill toss it. There’s no reason to go, “hey I tried out this bit but it didn’t work so don’t worry about it”Me: What is the most important thing you can do to make sure you keep developing as a standup? 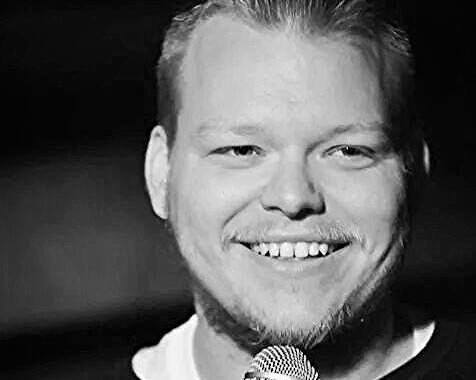 Nick Whitmer: Don’t be afraid to bomb or take chances. Nick Callas is good at that. Just take an idea that you’d thought of 4 seconds before you have to walk onto the stage and just go up and do it. It’s fun and exciting. You got to do that, you can’t be afraid of the results. Plus, if you’re doing a free show, you don’t owe anyone anything. Even if you suck and bomb eventually you will figure it out. Just don’t be afraid to fuck up

Me: Should stand up be in the moment for a certain degree?

Nick Whitmer: To make it truly special, some of it has to be. I like to go on stage and say something in the context of me being there that night and make it so you could never recreate that moment again. You go on stage and there’s a guy wearing a weird hat, or a guy with a weird laugh, or a lady with an odd look on her face and if you can talk about that and make it into this very special/genuine moment it’s beautiful. It has to be completely spontaneous, completely not useable again, it’s not pre-planned crowd work that can be used over and over again. I’m not a fan of pre-planned crowd work because it’s artificial and the audience is tricked to believe you’re really quick on your feet but it’s all actually written and rehearsed

I’m also obsessed with the idea of making an album or recording a special and having that chunk of material ready and tight, so I can also present that. There’s 2 sides to it. It’s great when someone in the audience says something to you and you respond with a bit you already have and they think wow he’s so quick on the spot. It’s funny when that happens, it’s really rare but it happens some times

Me: Good shit man. Anything you would like to plug before we wrap this up?

Nick Whitmer: Sure. You can follow me on twitter @nickwhitmer and you can listen to my podcast “Always Be Closing” on iTunes. I run it with my friend Chris Hamilton