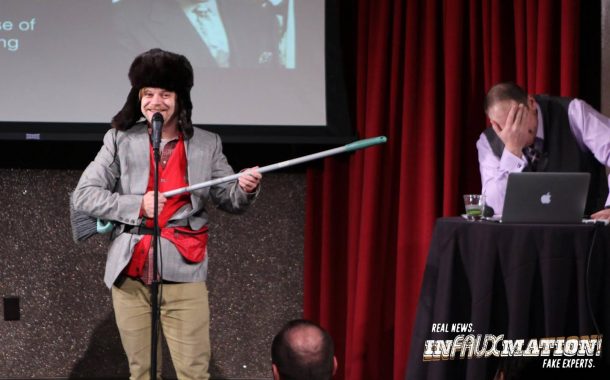 Brent Gill is a Denver based comedian with a powerful energy about him and what his dad might say is a healthy obsession with comedy. Brent is the embodiment of a kid in a man’s body, rebelling against the very nature of growing up, his comedy is fun, fast, and fills the room up with laughter. Like many comedians we’ve had the pleasure of talking to, the man is passionate about laughter. 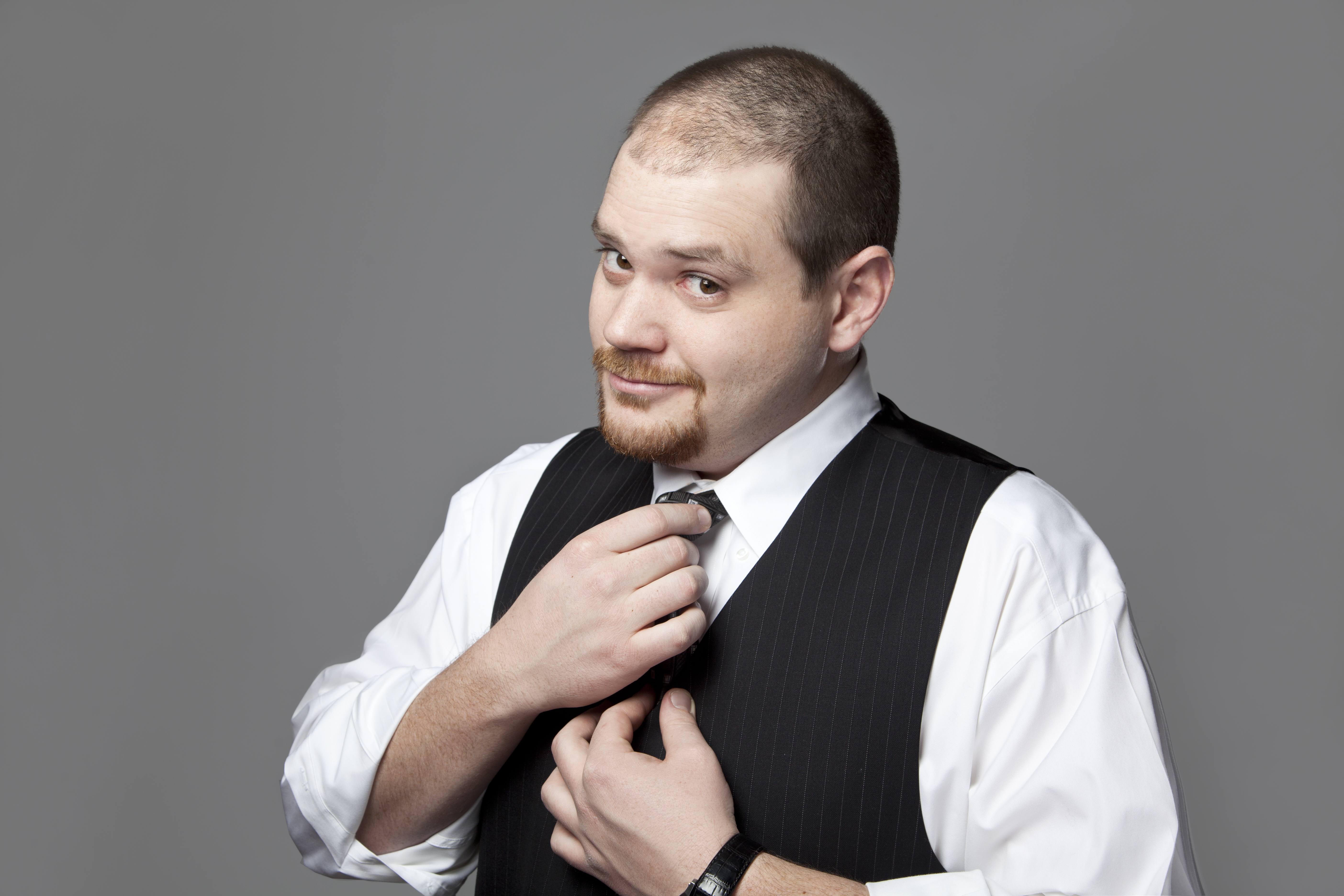 “It was nice having a break for Christmas, my dad was telling me, Brent, you’re going to burn yourself out.”

Two days later we sat down with him in Boulder, CO over the holiday at his weekly Boulder Comedy Show he runs at the Bohemian Biergarten. Brent also headlines at Comedy Works in Denver, consistently ranked as one of the best clubs in the country. We got to talk to him about his excitement in coming back to New York to put on a show at The Creek and The Cave.

“The show is like a cross between The Daily Show and @Midnight. It runs at Comedy Works and travels to NYC and Toronto. When we are in NYC I am flying out Sam Tallent (Fine Gentleman’s Club) and Nathan Lund (Fine Gentleman’s Club) to be on the panel with Henry Zebrowski (You’re Pretty Face is Going to Hell, Dirty Grandpa, Last Podcast On The Left). We also have characters in the show too that pertain to one of the news stories. One of the best parts of the show is that every single show is different. I pick completely new news stories for every show so no joke is the same. If you miss one show, you miss the jokes forever. It’s probably one of the cooler things I have created.”

Infauxmation! is a comedy show featuring a panel of comedians discussing the lighter side of the news. Join host Brent Gill, a panel of Comedians, and an occasional historical guest as they analyze the week’s headlines, riff on their favorite stories of the week, and pretend to know more than they do. The show culminates with a ‘Headline Story’ battle between the comedians to determine who headlines the stand-up showcase at the end of the show.

Like the news but hate the negativity? Tired of being bombarded by stories about death, destruction, and disease? Ever read a headline and think, Is that a real news story? Then this show is right up your alley. From Christian body building swingers to Russian fish with human teeth, Infauxmation! is your go-to source for the not-quite news. Come laugh with four funny friends joking their way through some of humanities more ridiculous moments. 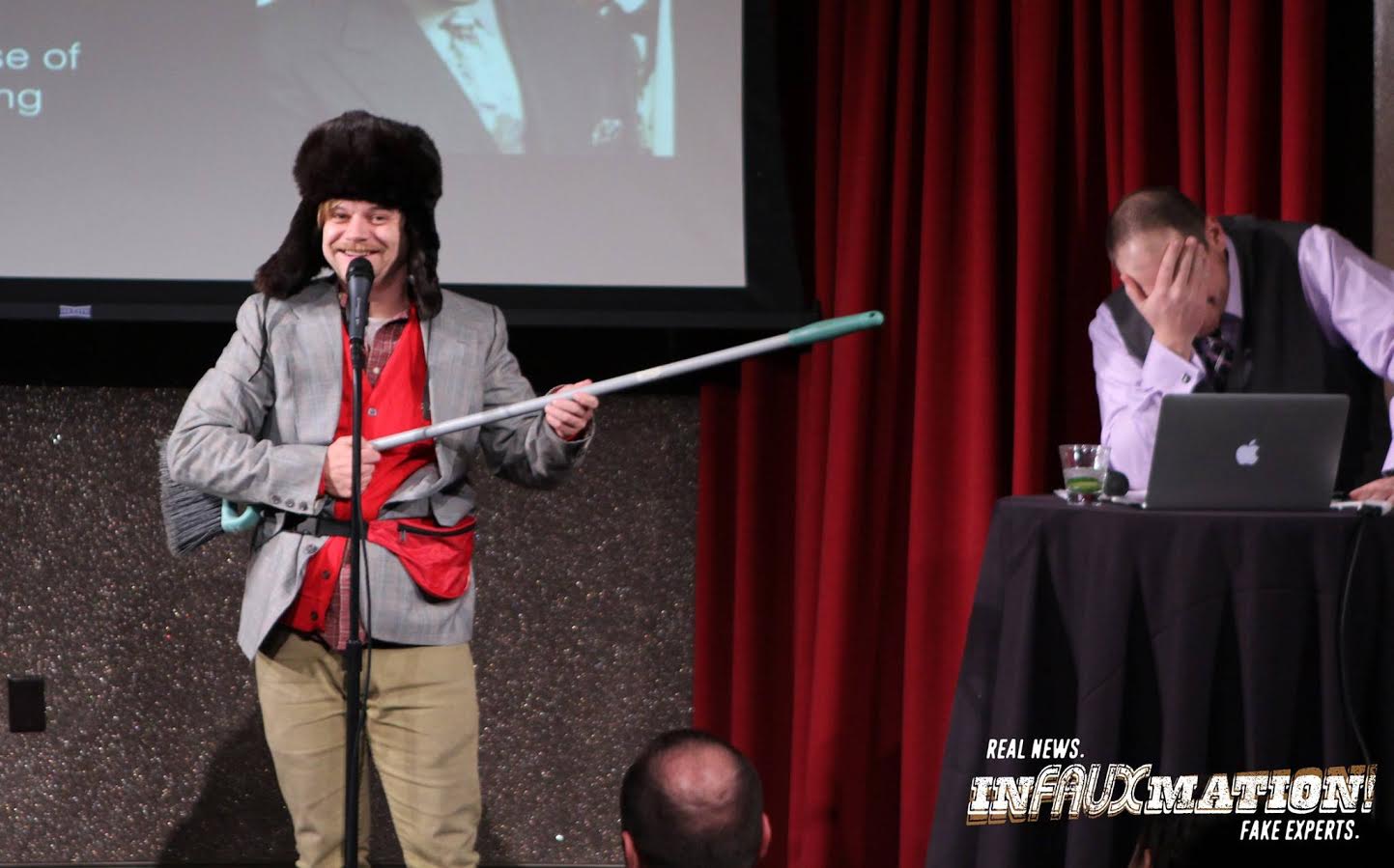 “This is a funny pic too of how silly the characters can be. Charpie (Chris Charpentier) is a Civil War reenactor who lost all his gear on the flight and improvised at Goodwill… So dumb and so funny.”

The Creek and The Cave is located at 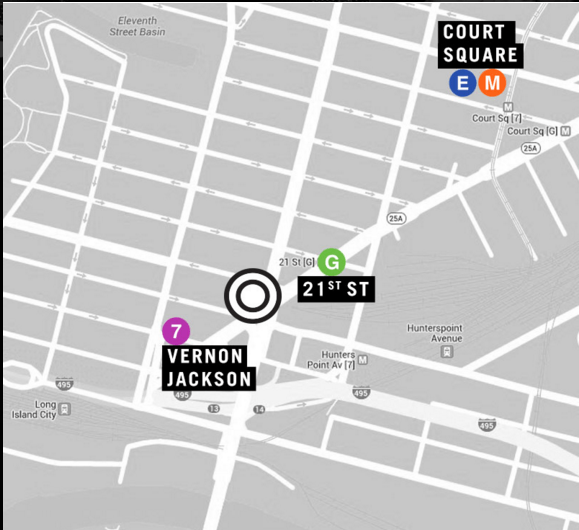