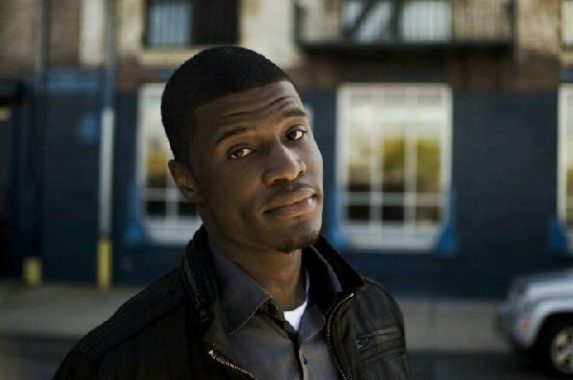 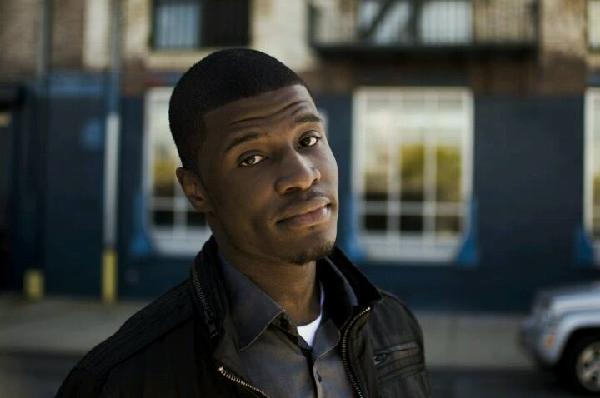 I’ve been performing with Neko White for four years. He’s the hardest-working comic I know. Not a night goes by where he isn’t working and re-working a joke. When he announced that he had booked his first show at The Apollo Theater, I couldn’t have been happier. Neko White’s credits include: Fox’s Laughs, Elite Daily Gen Why, Award winning documentary “One Mic,” MTV Hip Hop Squares, One Hour Special: Introducing Me.

Neko will appear at The Apollo Theater March 10th at 10:00pm.

Laura: How long have you been doing stand up comedy?
Neko: Eight years, six months, and twenty-three days.

L: How old were you when you started?
N: Fourteen.

L: When did you know you wanted to be a stand up comic?
N: As soon as I started. I always thought I’d be a teacher or a wrestler. Always wanted to teach history. I’m actually really shy, but in my group I was the funny kid. Although, in high school I met a guy who was funnier then me. He would make the girls laugh and laugh. I’d try to make the girls laugh and I’d get a grunt. I wanted to fix that. Later that day my teacher asked if we had a talent that we’d like to share in class. I thought, I’ll tell jokes. I got up and did ten minutes on my teachers and white people. It worked. That laughter got to me, and here we are.

L: How long did it take you to feel like you knew what you were doing?
N: If I started in 2007, I didn’t feel confident till mid-2008. That’s when I started doing open mics. But 2009 was when I wrote my first solid joke. It’s a joke I have about the Somali pirates. I could close with it – it always works. I felt good knowing I had a joke like that in my back pocket.

L: How much do you perform weekly?
N: Ten to twelve times a week.

L: You’ve been really hustling for awhile. What motivates you to keep going?
N: This is all I do. This is how I pay my bills. And this is how I pay my moms bills. So, if I’m not woking my mom might not eat, and I’m not havin’ that. I knew I never wanted to go to college. When I told my parents that, my mom said, “Ok, take a year and see what happens.” My Pops said, “Look, if comedy is your thing, you got to do it hard and be the best.” In my family there is no such thing as not working.

L: How long does it usually take a joke to go from an idea to a polished bit?
N: If I like the joke, I work on it every night and after a month, it’s ready.

L: You’re about to perform at The Apollo, and you were born and bred in Harlem. How does it feel?
N: It’s ridiculous. I’m very happy. I’m overwhelmed with how excited other people are for me. I’m nervous. I’m nervous before any big gig. But to walk past the theater and see my name on the marquee is something special. I can’t wait, and I can wait. I’m never 100% confident ’til I get on stage.

L: If you could give any advice to new comics, what would it be?
N: Work work work work work work. Don’t complain; work. First figure out what you think success is. Is ‘success’ for you being a star or just paying the bills? Don’t let anyone deviate you from that. Also, don’t look for it to happen quickly and don’t look for shortcuts. You’ll get hit in the face and hit in the face and eventually learn how to duck. Also, in my opinion, don’t pay for a comedy class. I think this is something you can’t teach. The best way is to go around, get on stage, and watch the professionals. Talk to the pros. Advice is free. Now, when you to get to the point when you’re starting to get paid, ask other paid comics if you’re getting taken for a ride. Ask what rates are, so you can price appropriately. Also, go out of your comfort zone. Play different rooms. Appreciate the different settings and different forms, from alt comic to hood comic. Equal respect. More respect for the person who can do it all.

L: How often do you bomb?
I don’t bomb often anymore. I haven’t bombed in 8 months.

L: How much did you bomb in your first four years? N: Every third or fourth show.

L: What’s your favorite bombing story?
N: The first time I bombed, because it’s what what made me stick to stand up. It was right after Easter in 2008. My teacher told me about open mics. I thought you had to go to college to be a stand up. I looked it up and found that ‘Ha! Comedy Club’ had an open mic on Tuesdays. The mic had twenty people in it. I’m dressed to kill. I have my Easter clothes on. You know, Banana Republic pants, swag. Now I’m the only one laughing at the mic. I’m number twenty-two. I get up and I bomb. I get off the stage and think, “It will never be that bad again.”

L: Do you feel like stand ups get censored too much?
The only person who can censor you is you. You create your own fanbase. Don’t let someone who isn’t part of your fanbase dictate your content. Are we being censored? No. I think the freedom is still there, you just may need to finesse it a bit more. We adapt; that’s our job. You’ll be fine.

L: If you could change one thing in the stand up industry what would it be?
The negative mindset that comedians have towards other comedians. We all have the same problems. We spend too much time going against each other. This is a single man’s sport, but in the end, it’s a team game. Instead of talking about why another comic sucks, go up and offer some constructive criticism. There is no such thing as a black comic, woman comic, latino comic, male comic, or a white comic. You’re a comic. We’re all under the same umbrella. We are all in this together. Long live comedians #LongLiveTheKang!