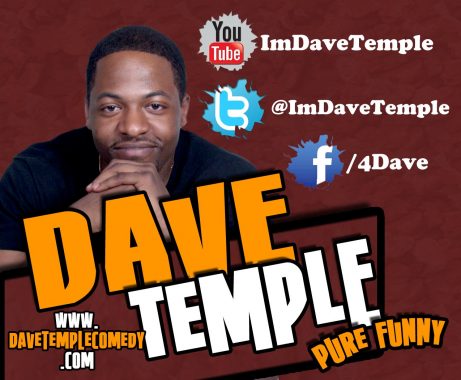 The other night we met up with one of the top NYC comedians Dave Temple on 78th Street and Broadway on the Upper West Side at Stand Up NY Comedy Club.
Recently we had a chance to interview one of our favorite comedians Liz Miele at the New York Comedy Club, an amazing stand-up comedian as she shared his journey with us.
1. What other jobs did Dave Temple do before starting stand up comedy?
Sales (life insurance METLIFE, and IT software SUN MICROSYSTEMS )
2. How did you know you wanted to be a comedian?
I kept calling out of work to make road gigs.
3. If you weren’t doing comedy, what would you be doing?
undermining my boss at some office job I hate.
4. Where are some of your favorite places to perform?
The south (Bible Belt) Tennessee Kansas the Carolinas Georgia.
5. Who are some of your favorite up-and-comers in the comedy world?
Chloe Hillard, Monroe Martin, Derek Gaines, Reggie Conquest, H Foley Tom Cassidy  (My whole 6 foot nothing gang )
6. What’s the best advice you’ve ever gotten?
QUIT!!!   Craig Robinson told me that when I came to LA the first time. ( I didn’t listen) But it was great because I looked up to him and if that didn’t discourage me what could?
7. When did you feel like you were a pro comedian?
My daughter (4 at the time) walk in on me watching  Bill Burr’s special and she said he’s a comic LIKE Me! And she was right
8. How often do you perform comedy per week?
6 nights( 1 night for the family)
9. What are your favorite comedy clubs that you perform at?
Stand up NY ( high stage)
Comic strip ( classic feel)
10. How do you deal with hecklers?
Aggressively. Haha
Idk. It’s a case by case basis
But usually, I repeat what they said so the audience can hear it and react. ( usually a groan) The heckler now knows their alone. And however, I choose to attack is warranted then.
11. What advice would you give your younger self?
Everyone is insecure even the people that want you to impress them.
12. How would you describe your brand of comedy?
Funny with truthful undertones.
13. What do you talk about in your act?
My views on human interactions.
14. How did you develop your style of stand up?
Imitating men I thought were confident.
I said what I thought they would’ve been proud to hear me say and stood behind it
Who were your influences growing up; both from the world of comedy and elsewhere?
My parents, some older cousins and neighborhood guys I looked up two when I was a teen.
Comedians like BURR, O’NEAL, LANGE, HEDBERG
15. I love to interview comedians, Can I ask what happens when you are in front of a crowd, and no one laughs?
I either address how much I misread the situation or call the audience out for not being honest. ( if I know I’m right)
16. What made you decide to be a comedian? Were you born funny?
Noooooo. So many guys were funnier but also hacks. ( I didn’t know the term then but I knew something with off with the popular funny kid’s humor. Just re-enactments of scenes from Martin or in living color the night before).
The quiet kid’s unpopular kids under the bleacher were hysterical to me but scared to shine. I learned to be both.
17. When can people see it?
I currently have an album streaming on all majors platform
iTunes
Tidal
Spotify
Pandora
Etc
It’s called Dave Temple:  “The 1st One”
May 21 I’ll film for TruTVs laff tracks in Chicago. Ppl in the area can visit my website Davetemplecomedy.com and reserve ticket for the taping.
But that should air later this year
June 26th I’ll be headlining Carolines on Broadway
And recording a visual album ( my new term since special would usually imply Comedy Central or Netflix). That I intended to name it “the 2nd One” and independently release it November of this year.
18. Is there anything else that you wish to promote?
DaveTempleComedy.com
For all future road dates
@ImDaveTemple on Instagram
I do little videos there examining local news clips and how ridiculous they’ve become. It’s called “COMEDIAN’s Prediction “ and can be located using the hashtag #listentoyourcomics