Interview with Linda Smith of Carolines School of Comedy 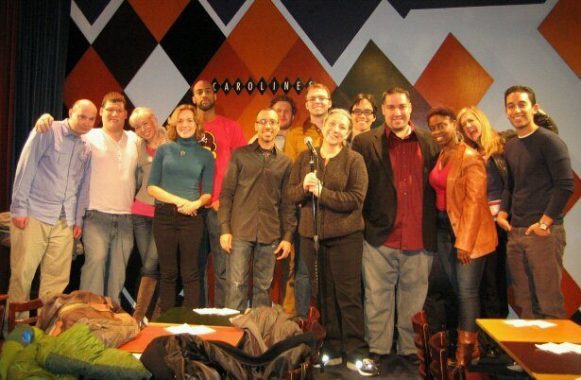 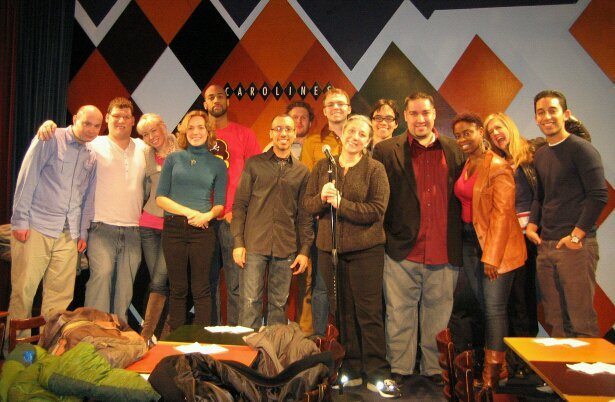 Linda Smith is one of my favorite people in this industry. This is a very harsh, cut-throat business, but Linda is the only one who never has a bad word spoken about her. She has an incredible resumé and teaches stand up comedy. Linda’s credits include: HBO Women of the Night, Conan O’Brian on NBC, Comedy Central, VH1, Stand Up Spotlight, Good Morning America, Today Show, and The Rosie O’Donnell Show.

Laura: How long have you been in the business of comedy?
Linda: (Laughing) I didn’t know I’d have to do math. Wow, twenty-five/twenty-six years. Oh my goodness. Let’s just say forever.

Laura: How did you get your start?
Linda: I just went up at an open mic in Boston at a Chinese restaurant. I planned it that way. I didn’t want to start in my home (New York). ‘Cause you suck when you start. I didn’t want to stink up my home. So, I moved to Boston to start there. I was going out every night doing open mics.

Laura: How long have you been teaching stand up, and why did you start?
Linda: Math again. You’re killing me. Ten years. I felt like it was getting time to pass the torch, which is something I believe in. I was out in L.A. for a development deal. My show didn’t get picked up, which I took as a sign to reinvent myself. I saw The Rosie O’Donnell show, and I thought I could write for her. I ended up getting hired. That lasted three and half years, which is a good run. Those writing jobs are hard and exhausting. I took a little time off. Then started looking for other work. Got some freelance stuff here and there. Then my Dad got very sick, and had a heart attack. So, I dropped everything to be with my family. For six months I was there. After he passed I came back home and got an offer to teach comedy. I found out I really like it. I got to meet new talent, and I love new talent. I was seeing all kinds of new stuff. I love mentoring, and I think its an obligation. You have to give back.

Laura: What are the three most important things you think a beginner should learn?
Linda: One: stage time, stage time, stage time. This is not a one night deal. If you want to be a stand up comic you have to be committed. You have to do a ton of free shows. You’re going to do that for a long time. It’s all about getting on stage. Second: being true to who you are, ’cause that’s how you’ll stand out in a big crowd. And believe me; it’s crowded. Third: watch as much stand up as you can. Eat, shit, and fuck comedy.

Laura: What are the benefits to taking a class?
Linda: It’s like a fast track. Whatever club it’s affiliated with, you now have an in. It also gives you tools to put together an act. If there was a class when I started, I would have taken it.

Laura: There are people who say that a stand up class is a waste of time; that you only learn from experience. What’s your response?
Linda: Well, I understand that. It’s true. However, a class gives you the confidence to get out there. I get a lot of people telling me, “I want to do stand up, but I’m just too scared.” A class helps you navigate that fear.

Laura: What are some common traps comics fall into in their first year?
Linda: Get ahead of themselves, thinking they are farther ahead then they actually are. Someone asks them to do a spot that they aren’t ready for. They end up bombing and pissing off the booker.

Laura: What are some traps that comics fall into in their fifth year?
Linda: Get bitter. That’s a problem. If you come off as bitter, the audience won’t like you. No one will like you.

Laura: If you could change one thing about the stand up industry what would you change?
Linda: I wish people would watch more live comedy than on TV. Stand up is meant to be experienced live and savored.

Laura: What are three stand up specials you think every comedian should see?
Linda: Eddie Izzard: Dressed to Kill; Hannibal Buress: Live from Chicago; and Kevin Hart: Laugh at My Pain.

Laura: What is your favorite bombing story?
Linda: I embrace the bomb because it’s a learning experience. I was hired to do a show at the men’s softball team end of the year party. It was a trophy event. It was horrific. They weren’t listening, and every once in awhile they would yell, “Show us your tits!” My tits aren’t funny. I hid in the ladies room afterwards. I waited for everyone to leave.

Laura: On average how many years of hard work does it take before a stand up’s career starts to move forward?
Linda: No set time. It’s hard to say; it’s so competitive now. Just go out every night.

Laura: Do you have any stand up pet peeves?
Linda: Stealing jokes. That’s a problem.

Laura: What tips do you have for the business side of stand up?
Linda: Comics hate that side. You’re not corporate; that’s why you’re a comic. You have to treat it like a business: always be professional, treat everyone with respect ’cause you never know. Someone who isn’t a big deal now might become one later. You truly never know.