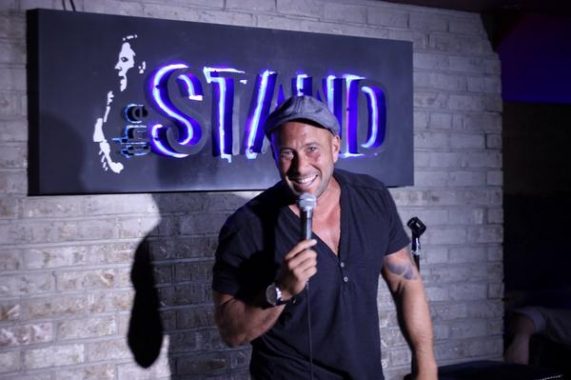 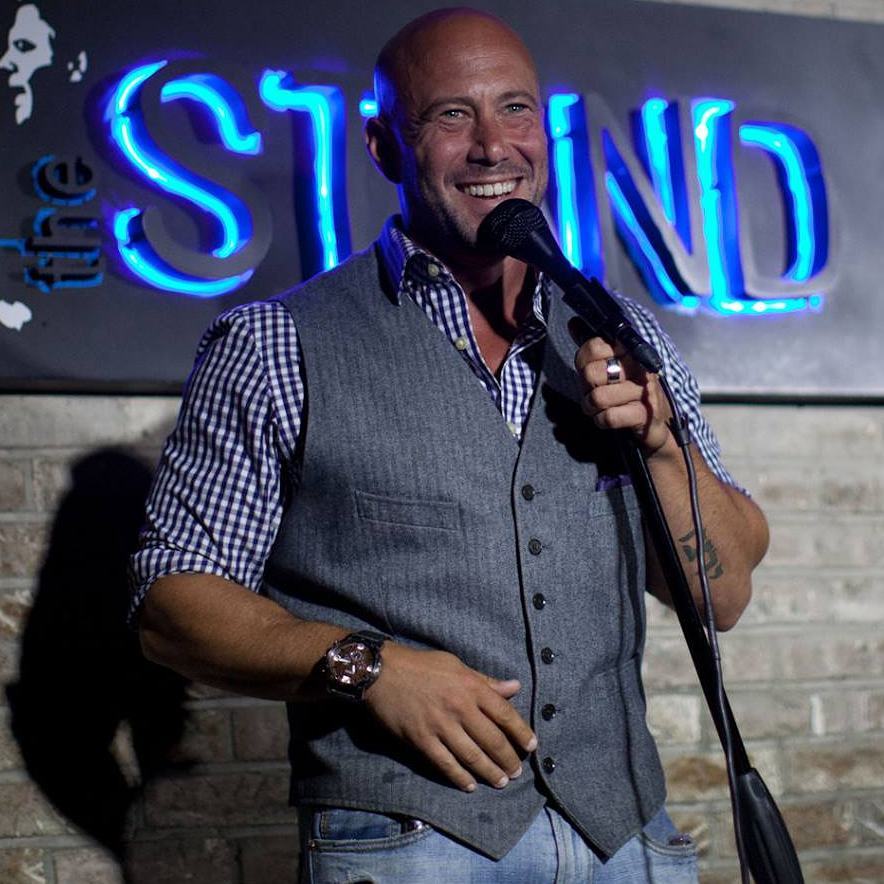 After attending comedy on a fairly regular basis throughout the few years my wife and I had been living in New York, there was one main thing I noticed. It can get expensive. In most cases, it is treated as a “night out” an occasional event that is looked upon much like a concert or Broadway show. One of these things you plan around, maybe save up a little beforehand. That was something I definitely did not take into account before wanting to take in as much live stand up comedy as possible. It didn’t take long before it was heavily suggested to me by the more responsible half, to find new ways to attend comedy that wouldn’t hurt our accounts. Luckily, New York also has a plethora of shows, especially during the regular week nights, which are far more affordable, sometimes even free. We found ourselves regularly attending show at The Stand Restaurant and Comedy Club in the Gramercy area.
At one of the many shows we had seen there was Aaron Berg, who I have heard on various podcasts in which he plugged a free show at the club called Frantic!. Frantic! is a free show every Monday night at 10pm, the final show at the club that night so it can go for a while. One available Monday we attended the show, and it was absolutely hysterical. Since then, I have returned multiple times to Frantic! and became a fan of Aaron and his other projects as well as the amazing feats that I got to discuss briefly with him about.
Aaron and I stood outside a chilly January 11th night. This, like most Frantic! shows offered both pretty recognizable names and some newer comedians. On this night it was Aaron, Noah Gardenswartz, Aida Rodriguez, Dan Soder, Subhah Agarwal, Dave Smith, Graham Kay, Luis J. Gomez, Janelle James, a drop in by Judah Friedlander, Alex Pavone, and Bill Dawes playing the character of Grigori. When we could, Aaron and I would run outside to talk as he puffed on his cigar checking the times to jet back in to light and host the show.
You’ve had some “questionable professions” prior to stand up. What made you decide to get into stand up?
“I had done a movie in Canada and thought, ‘I’d just be a movie star, this will be easy’ it was ‘Detroit Rock City’ I had a small part. And thought that it would blow me up but didn’t so I went to an Amateur Night at Yuk Yuks in Toronto it went really well.I mean, the comedy was horrible thinking it seemed easy but then just sucked for a while.”
What got you first interested in acting?
“I think I always just wanted to be a movie star and just wanted to be on tv I think. But then, once I discovered stand up the exact opposite thing happened, ‘F*#k TV I wanna be an artist.’”
Some could look now and see there are definite “comedy purists” that do fall very close to the ‘wanna be an artist’mentality. Do you feel you hold true to that or has it changed throughout the years?
“I feel now, I’m just really happy creating constantly. No matter what it is, as long as I’m creating.”
And that definitely shows in what you have been putting out there especially recently. Releasing two books, constant stand up, and being a part of Hulu Original series “24 Hour Rental”.
“I feel like the stuff that I do would be more suited to someone who is really famous like ‘Oh, he wrote another book that silly Ryan Goseling’”

Do you feel it is important now to be a part of so many things working at once, there are considerably fewer people that are ‘just’ something especially when involving arts?
“I try not focus on other people as much, I just try to create to create and whatever level you do it a. It would be great if I was actually famous and people picked up millions of books instead of hundreds of book, but you have to just keep doing it.”
I had first come to know you through the various podcasts you have appeared on. With podcasting, I feel it is now forcing people to put out even more content. How do you feel podcasting as well as all these other new outlets have affected the comedy community?
“I think people with podcasts can build fan bases based of their podcasts. It’s helping create another boom again. Like with Big Jay and the SeeSo show and they need good content. So it’s great to be in the middle of that.”

But with that positivity, I think there can be things that are definitely looked over. Perfect example was over the summer Aaron broke a world record of most spots in a night. Yet, only really the comedy community had heard of this amazing task. After completely 25 spots in a single night, I personally was expecting to see Aaron’s face all over the news and getting such huge attention. We discuss briefly about how he shattered the previous record holder.

“The old record was 13, and it is becoming a documentary, so hopefully within about six months it should be out. I had one night where I had 8 sets and thought ‘I have so much down time’ and wondered how many I could do. I remembered Dave Attellhad a record or 12 then Steve Byrne had broken it with 13 and then I thought I could possibly do 18 or 19. At around the same time, I heard a female musical comedian was attempting to break it also the same week as me and she did 16, but three were on a subway platform. So, technically tied Steve Byrne’s record. So I was determined to shatter it just in case. I went and last minute scheduled even more sets.”

Touching back on the stand up “purist” do you feel there is something that could be looked at as ‘less than’ like some say with musical comedian?

“No way, I would be a musical comic, if I could play an instrument. I would do song parodies all day, I would love nothing more!”

I had seen Aaron host his weekly show Frantic at The Stand a few times, so I asked his views of hosting as compared to being somewhere else in the line up.

“Hosting to me feels like and I think a good host will tell you, it is all off the cuff. None of what I do is really planned.”
Frantic and New York comedy in general allows so many different forms of stand up to take place on one stage. How did you feel this has helped form your voice?

“I never did racial humor before coming to New York, but I feel it’s the right time to be doing it. Because everyone is so uptight about racial stuff. And unequivocally it makes you a better comic when you’re around the best comedy in the world.”

How did Frantic come about?

“Michael Kosta who used to run it he was leaving to move to LA and Patrick Milligan, the booker of the show, asked me if I wanted to take it over. He said there’s no money but it’s a fun show so I just said ‘Yeah, I’ll do it’. I had been doing comedy in New York for about three years before being given the show.”
How long have you been doing stand up for?

After doing stand up for fifteen years, can you still recall the first time going up?

“I remember doing two beer commercial jokes. ‘A car alarm startles you at 4 o’clock in the morning, you run downstairs and thankfully you’re 1973 Scirocco still in one piece. You vaguely remember getting behind your German designed, high performance automobile last night and you know you hit something, you’re not sure what. But there’s hair and blood splatter all over the grill of the car and something resembling a small boys tricycle handle bars wedged under one of the rear tires. Welcome to your Carlsberg Years.’ So it was just two of those and think I did a song. And I cannot sing, but I think it was about this neighborhood in Toronto.”

What are your thoughts now on the ability to binge watch, to be able to toss a name in a browser and see all of someone’s specific content?

“I think it’s great, and love the accessibility it really put the power back in the creators hands.”

Find Aaron Berg on all Social Media outlets as well as is show on Hulu called “24 Hour Rental” and pick up both of his books “Mr. Manners: Proper Etiquette for the Modern Degenerate” and “American Etiquette: Failing upward in a Fox News Nation”