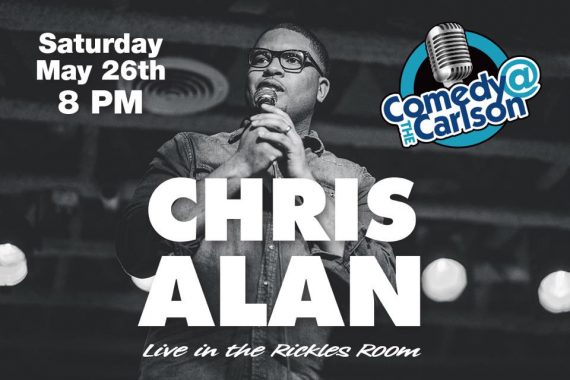 We met up with Stand up Comedian Chris Alan right before his show at Carlson Comedy Club in Rochester, New York and asked him a series of questions. 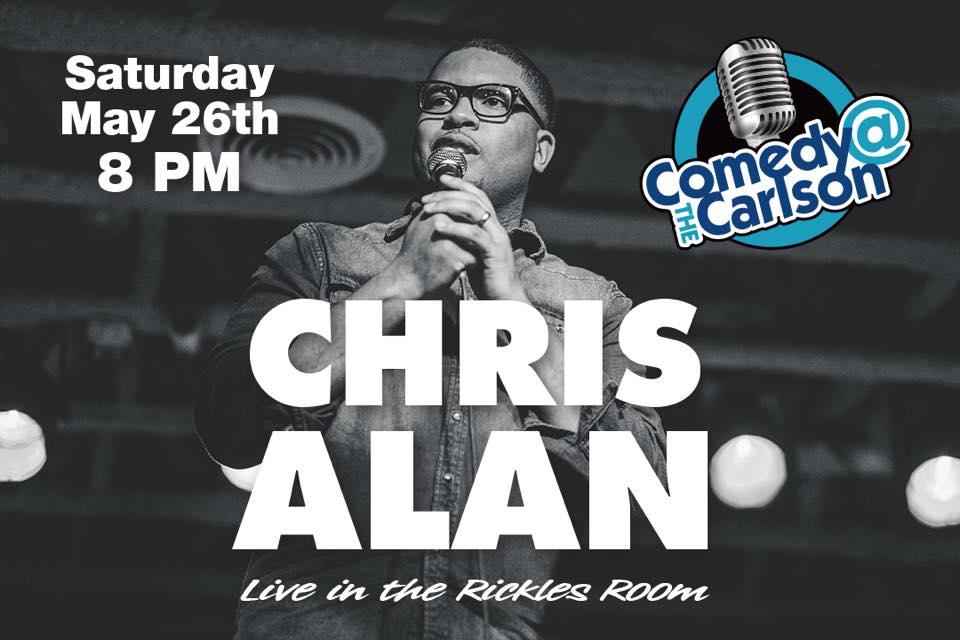 1. What other jobs did Chris Alan do before starting stand-up comedy?
Air Force …radar tech and intel analyst.
2. How did you know you wanted to be a comedian?
To be honest I never knew I wanted to do comedy until I did it. After the first couple of times, I was hooked and wanted to be a full-time
Comic from that point on.
3. If you weren’t doing comedy, what would you be doing?
I would love to be a chef. Cooking seems to run in my family.
I wish I realized this earlier in my life.
4. Where are some of your favorite places to perform?
I love any environment where people love comedy.
5. Who are some of your favorite up-and-comers in the comedy world?
Shit, I’m an up-and-comer, but there’s a lot of guys when you look at the “business” who
Would be considered up-and-comers that are clearly above me but Jak Knight is a such a
Great comic and he’s so young.
6. What’s the best advice you’ve ever gotten?
Don’t be afraid to ask for things. With my military background, I was used to “getting a turn” at almost everything. I took that attitude at first and found out that get you nowhere. I had to learn how to ask for things that I wanted but first and foremost be reasonable about what I was asking for.
7. When did you feel like you were a pro comedian?
I still don’t but flying to do comedy and getting that paycheck feels great. I’m insecure about it all. I never feel like I’m good enough to call myself a pro.
8. How often do Chris Alan perform comedy per week?
On average 4 but sometimes 7-8 depending on schedule.
9. What are your favorite comedy clubs that you perform at?
Big Hunt in DC, DC Improv, Comedy Zone Charlotte,
10. How do you deal with hecklers?
I love to do crowd work; I can handle most hecklers. My comedy is rooted in
Heckling, I grew up talking shit and my journey in comedy has been learning to take that
Skill, that ability to be funny off the cuff and write jokes.
11. What advice would you give your younger self?
Workout, eat right and don’t start drinking and take care of yourself mentally and don’t be afraid of being yourself and who cares what people think.
12. How would you describe your brand of comedy?
Smart, honest, witty, laid back.
13. What do you talk about in your act?
Being a dad, raising my son, being married, my wife my changing outlook on life and sex, religion, race and also just mundane day-to-day things as well to try and balance out.
14. How did you develop your style of stand up? Who were your influences growing up; both from the world of comedy and elsewhere?
A lot of it came from how I grew up and shit talking with my friends, my family. Vince Morris was a huge influence, Hannibal was BIG, Rock, Chappelle, Patrice O’Neal, Bill Hicks, Pryor. So many more. I really love that O&A crew Burr, Norton etc. those are the type of guys I like to hang around, that level of intelligence and ball busting makes you a KILLER comic.
15. I love to interview comedians, Can I ask what happens when you are in front of a crowd, and no one laughs?
Worst feeling in the world, but I’m at the point now where I will steer into it, double and triple down on it, sometimes it works sometimes it doesn’t. But you need those moments to see how much you’ve grown. Those moments are the true tests, that’s when you see your growth.
16. What made you decide to be a comedian? Were you born funny?
When I decided to stop trying to be something I wasn’t and use/develop my natural abilities to make people laugh. I would say I’ve been able to get a laugh for as long as I could remember and always loved it.
17. When can people see it?
Dayton Funnybone w/ Mark Normand May 17-19
Comedy at the Carlson (Rochester NY) May 26
18. Is there anything else that you wish to promote?
Podcast Negro Please Radio on Itunes.
By: Joseph Santiago