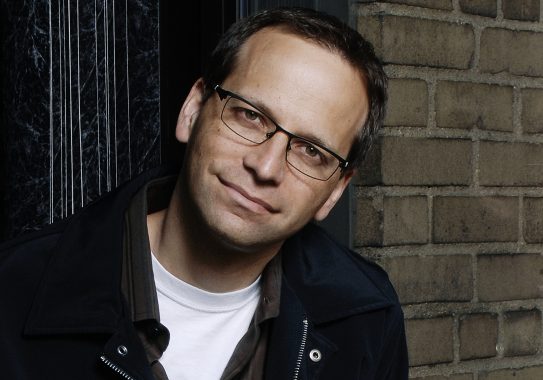 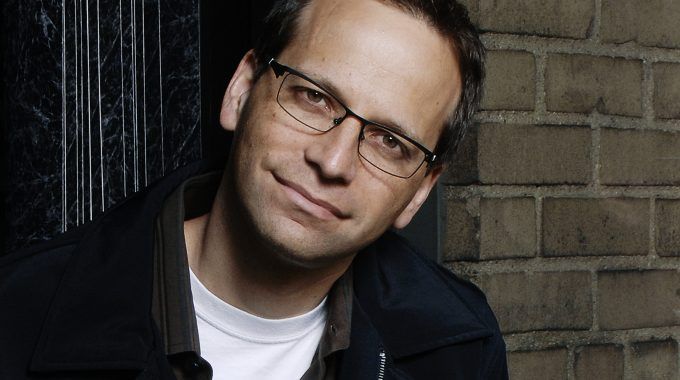 We sat down with Lenny Marcus after his comedy show at the legendary Comic Strip Live on the Upper East Side.

What do you wish someone had told you about show business before you entered it?
How little it paid, even in NYC.

What was your process in developing this special?
I don’t have one. Thanks for rubbing it in. I have 3 CD’s though for sale on LennyMarcus.com.

Do you think your stand-up has changed a lot over the years?
Yes it has gotten better, smarter and I’ve gotten a lot better on stage.

What happens if they don’t laugh?
Just go on to the next joke.

How often do you perform comedy per week?
I average 30+ NYC spots a month, so it comes out to over once a day.

What are you favorite comedy clubs that you perform at?
The Comedy Cellar, Standup NY, The Comic Strip

How often do you write jokes?
I try and write something every day. Something, a note, anything. Gotta stay fresh or I get very bored
If I’m working on new jokes I’m happy.

When did you feel like you were a pro comedian?
When I passed at the Comic Strip in NYC

How did you know you wanted to be a comedian or did it just happen?
I always wanted to try it but I knew it would be very hard.

Who would you say are your influences in the comedy world?
I saw Seinfeld on the Tonight show and thought that he was amazing and that was the top – a spot
on the Tonight Show. I made that my goal. Of course, to me Letterman was the lineage so I made getting
on that show my goal.

What is one of your more embarrassing memories from childhood?
There was some kind of school event where they split the whole grade into two teams. Then everyone had to be
in like 3 events. Some genius assigned me to this one relay event where you crawl under this giant mat. I got lost
in front of the whole school. I still have no sense of direction.

What are the most important rules you live by?
Be considerate of others and do everything I can to be happy.

What was your favorite book as a kid, and what does that say about you?
I hated reading. And that says, I do my own thing and make mistakes.

What’s the best advice you’ve ever gotten?
1. Work smarter not harder 2. Surround yourself with good people.

Given your feelings about the state of our culture, how do you avoid despair?
Surround yourself with good people. Find your happiness.

What three things would you take with you to a deserted island?
iPod. Bread and Water. And I’m pretty sure if I don’t say my wife, I’m dead.

Do you have any quotes that you live your life by or think of often?”
This too shall pass.

How to handle hecklers from the stage?
I just wait. If the club does nothing or lets it go I will never go back. The heckler is wasting everyone’s time
and money. Either he leaves, gets removed, or I just basically shut down.

What advice would you give your younger self?
Start comedy 7-10 years earlier. My 20’s would have been a lot happier.

What most important lesson you learned in comedy?
Funny and famous are not necessarily connected.

Advice to your younger self just starting in comedy career?
Fake it until you make it. Don’t be so honest.

How long do you spend developing new material?
A long time. It takes me 5 years to really get an hour where I like it.

Why is there so much sadness—depression, addiction—in the comedy world?
Bad childhoods. Bad parents. Mine were great. I have no idea why i do this. lol

What’s your drink of choice?
I drink water 99% of the time. If I go nuts? Cream Soda.

Greatest cartoon of all time?
Bullwinkle or Bugs Bunny.

Let’s say you could live the life of any animal in the wilderness for one day: What would it be?
None. I’m not an animal fan or a wilderness fan.

So the stereotype of comedians being horribly depressed and neurotic is true?
It’s not any more than regular people. I’d much rather hang with comics than 90% of “normal” people.

Do you ever get tired of being a comedian?
Nahhh. I did the life where you wake up at 6am, put on a suit, and sit in meetings. Brutal.

So at the end of your day, what’s your ultimate goal?
Work in good rooms or on good projects with good people.

What would you say troubles you the most about the world today?
Violence. It’s shocking how people can be so horrible to each other because of
beliefs, color, religion, country, etc.