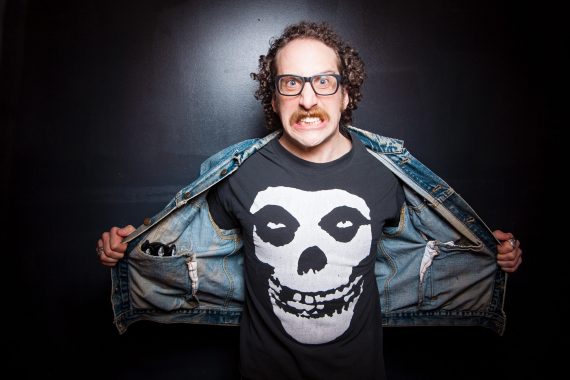 We met up with Ian Fidance stand up comedians at the New York Comedy Club right after his comedy show in New York. Ian Fidance is an actor and writer, known for From BoiZone with Love (2013), Leaves in Autumn (2017) and ONE NIGHT misunderSTANDing (2013). We talk about show business, how he writes & develops material and all things comedy.

What do you wish someone had told you about show business before you entered it?

What was your process in developing this special?

Do you think your stand-up has changed a lot over the years?

What happens if they don’t laugh?

I’m up every night multiple times a night. Take a day or two off here or there to breathe and be a human.

What are your favorite comedy clubs that you perform at?

How often do you write jokes?

The day I came out the womb

How did you know you wanted to be a comedian or did it just happen?

Haven’t ever been good at anything else

Who would you say are your influences in the comedy world?

What is one of your more embarrassing memories from childhood?

Had to see a urologist at a young age, but wasn’t old enough to be in the doctor’s office alone, so my mom was in the room. He asked if I was sexually active and I said “yes” and he asked how many partners and I said “just myself”

What are the most important rules you live by?

Let the shit roll off ya like water on a duck’s back, live life how I wanna live it and always have fun

What was your favorite book as a kid, and what does that say about you?

Don’t listen to anyone but yourself

What three things would you take with you to a deserted island?

Rihanna, my notebook, and seamless

Do you have any quotes that you live your life by or think of often?

How to handle hecklers from the stage?

Repeat what they say so the audience is on your side

What most important lesson you learned in comedy?

Each set is like a hand in poker. No matter what, you gotta leave the last hand behind ya and play the one you got in front of you.

Advice to your younger self just starting in comedy career?

How long do you spend developing new material?

Am developing new material all the time

Why is there so much sadness—depression, addiction—in the comedy world?

What’s your drink of choice?

Greatest cartoon of all time?

Let’s say you could live the life of any animal in the wilderness for one day: What would it be?

My dog, in the wilderness of my home

So the stereotype of comedians being horribly depressed and neurotic is true?

Do you ever get tired of being a comedian?

So at the end of your day, what’s your ultimate goal?