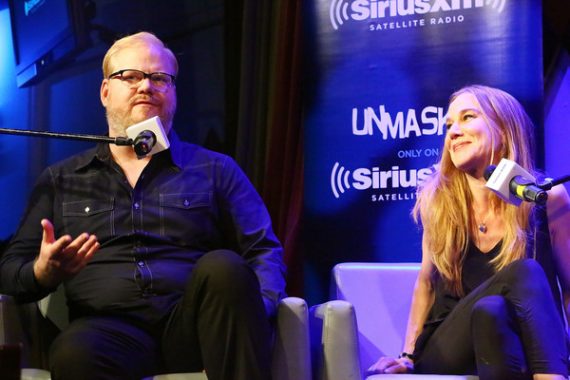 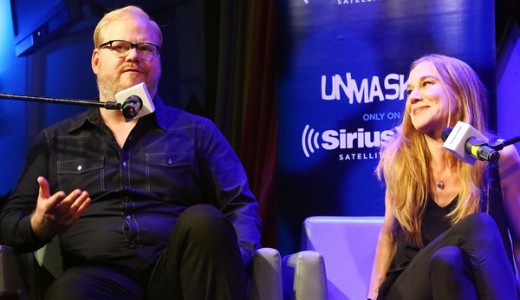 Jeannie and Jim Gaffigan were able to do things that a lot of people want to do but only few can really accomplish. They came up with an uproariously funny TV show about their family and their lives and they were able to do it exactly in the way they wanted to. The Jim Gaffigan Show has premiered on TV Land on July 15th. But before their show’s pilot episode, Jeannie and Jim were asked as to how they were able to pull off the show. Their story is like a TV 101 class and fans or aspiring comedians who want to go the extra mile will never regret watching it from start to finish.

But if there is one thing that is most notable about this interview is that Jeannie is the brains, while Jim is a big fan of breakfast burritos.

Jeannie and Jim have been writing together for about 12 years now, and through all those years, the relationship they had was able to evolve to something that can work so much better than any other kinds of collaborations. Initially, Jeannie would just product for Jim. But after several years of working together, she discovered that she can also write in Jim’s point of view.

According to Jeannie, if Jim was able to make 5 observations about a donut, she can make 6 more and this kind of pulled together the resources because she doesn’t have the same point of view herself about the donuts but she understand Jim’s point of view of the donuts.

Jim eagerly agreed, saying that being able to find someone to write with is actually harder than what he thought. He said that writing with Jeannie has now changed. They have gone from writing standup to writing books and now, they are writing the new show. Jim said that this is fun because this is being embraced as the unique thing. This almost reaches the point of being codependent. Writing books with Jeannie is like asking her to turn what he wrote to something readable.

The relationship quickly evolved from Jeannie being the producer, to the writing partner and today, there are executive producing together, with the contributions of Jeannie as equally important as those of Jim’s. Jim said that Jeannie is the smart one, the real deal. The two of them are the executive producers of the newest The Jim Gaffigan Show, both of them being fiercely protective of the integrity of the show but it is like Jeannie is pretty much the keeper of the show.

Jeannie said that there was a time in the evolution of the show where she actually planned to play herself. However, when they moved the show to CBS, the decision was made to look for a big name celebrity for the role and this is when Jeannie realized that she has to be off camera.

And if Jeannie is the smart one, Jim really loves to have burritos for breakfast.