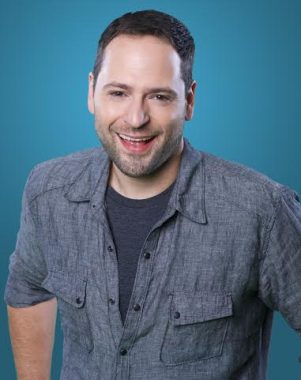 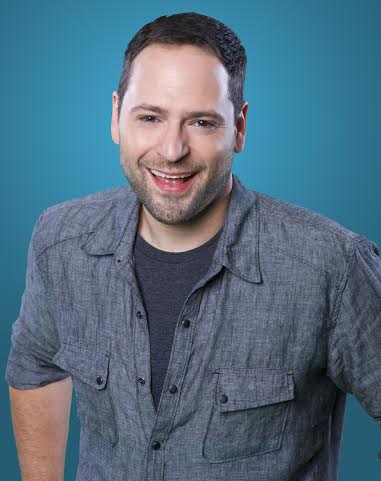 Dallas, Texas native Jerry Rocha has been doing comedy since he was a teenager. His hard work has paid dividends as his hour special The Gentleman Jerry Rocha premiered on Fuse TV October 18, 2015. Production for the special was assisted by Gabriel Iglesias, who featured Jerry on the third season of “Stand up Revolution”.

Jerry Rocha is currently based out of Los Angeles where he regularly performs at the Hollywood Improv and the Comedy and Magic Club. A productive comedian with numerous credits to his name, he was a semi-finalist on the seventh season of NBC’s “Last Comic Standing,” appeared in NUVO’s “Stand Up and Deliver,” was featured on SiTV, and the Latino Laugh Festival. Jerry has released a hot top-selling comedy album on iTunes called “Take That, Real Dad,” and even has his own half-hour documentary that appeared on the Travel Channel.

Jerry Rocha is currently on tour making stops in Arizona, Colorado, California, and Texas. A full lineup of his tour and other information can be found at his website, we highly suggest you go out and see him. We got the opportunity to talk to him on his tour and he gave us some terrific insight into comedy and how the X- men grabbed his “pre-growing-hair-on your-balls” imagination.

Best Comedy Tickets: When you were first starting out doing open mics, what was your writing process compared to how it is now?

Jerry Rocha: “It sadly hasn’t changed that much. I sit and try and write for a bit, get really frustrated, give up and walk away, then come back and usually something comes out. The only difference is the longer I’ve done stand up, the more ideas hit me when I’m driving to shows. It’s like all the ideas I couldn’t come up when I was sitting down kind of flood in when I’m in my car.”

BCT: When did you have that moment of wanting to be a comedian?

JR: “I was in like first or second grade. I was already into SNL and Monty Python because of my parents, but I didn’t get half the jokes, just loved the idea of people being funny. Then seeing Eddie Murphy’s Delirious on

HBO really changed everything. Here was a dude being funny all by himself, with no props or costumes, just him. I didn’t get half the material, but I loved it anyway.”

BCT What was it like preparing to film your special the Gentleman Jerry Rocha?

JR: It was really exciting. I knew the material I wanted to do and Gabriel had requested a few jokes for me to do, so it was just a matter of adding those to what I already had. It was a great feeling, like all the years of working every awful gig imaginable was actually paying off.

BCT: How do you decide when a joke is ready to be put on a special or album?

JR: “I usually give it time to make sure it’s working with crowds and to make sure my insecure brain is done trying to tinker and add tags to the joke. Of course that never really works, after a point I just have to just walk away. I still find myself trying to work on jokes that are already on my cd or special.”

BCT: Many comics are hesitant to put out material that isn’t finished, you have a compilation on your website that is entirely unfinished material called Working it Out free for purchase on your website, how did that come about?

JR: “I was talking to my friend Cody and I was telling him that just for fun, I’d like to do what most entertainers are not comfortable with (rightfully so) which is putting out material that just isn’t ready. He really encouraged it, so I thought why not? I’m such a fan of music and film, and I love collector’s editions of movies and records that have outtakes of scenes or demos of song, so I thought why not do it with stand-up? Most of the bits on my Working It Out download ended up on my special, but different from the download. I’ll probably have a new one up soon as I’m working on my next hour . . . “

BCT: What are some of your comedic influences?

JR: “Eddie Murphy, Dana Carvey, Weird Al Yankovic are the huge ones.  I would lose my mind if I ever got to actually meet any of them.  I recently met Dana Carvey in passing at a show and I can’t believe I was able to form sentences.  Paul Rodriguez was great, because not only was he funny, but it was like “oh great, Latinos can do this too!”  Also, Pro-Wrestling was a huge influence.  I loved it as a kid (and still do), and I always thought that most villain wrestlers were also great insult comics.   When I actually started doing comedy seeing comics like, Chris Rock,  Dave Attell, Greg Giraldo, Judy Gold, Mitch Hedberg, Doug Stanhope, Tom Rhodes, Louis CK, Bill Burr, Robert Kelly, Joey Diaz  just be great, was for sure an inspiration.  On a personal level, when I first started in Dallas, a comic named Neil Edwards taught me so so much, and when I moved to New York for a bit, I met Mike DeStefano, overnight we were like brothers.  Not a day goes by where I don’t miss him.  Neil and Mike were both huge influences.”

BCT Are there any shows you have done that have been memorable in either a really awesome way, or fantastically horrible way?

JR: “Any show with Gabriel, you just feel like a mega-star. His crowds are amazing. I’ve done so many awful ones I can’t even begin to name them all. I did a show once in Louisiana where a guy in the front row proudly announced he was a member of the KKK. Pretty scary for me, a Mexican who looks Jewish, I just had to press on and thankfully the dude got kicked out. I was looking over both shoulders on the way to my car that night for sure.”

BCT: Are you a DC or Marvel guy, and why?

JR: “This is the toughest question on here. Marvel. I love DC, they have great characters, but the X-Men grabbed my “pre-growing-hair-on-my-balls” imagination more than any other comic book.”

BCT: How did you feel about the Star Wars trailer?

BCT: If you could be a fictional character in any universe who would it be? Did you have a different one as a kid?

BCT: What is some advice you can give to aspiring comedians out there?

JR: “Don’t be afraid to do it. Don’t be afraid to bomb. Do all the worst shows imaginable when you are first starting out, because you will get better much quicker and after enough hell gigs, nothing will scare you.”

Thank you for your time Jerry.