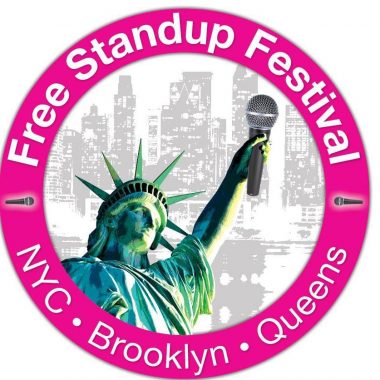 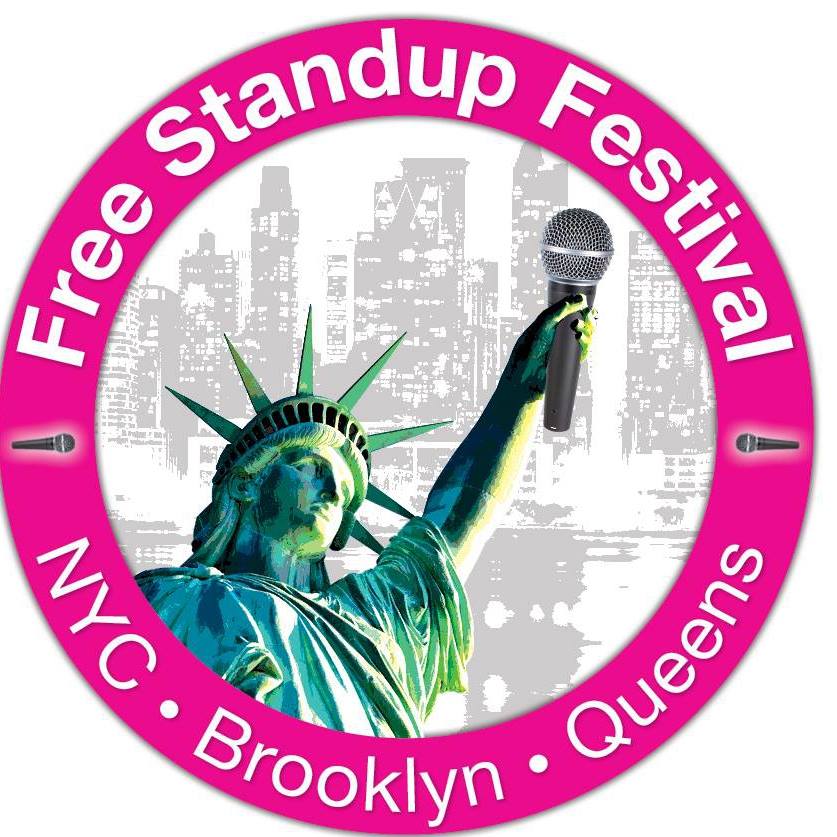 I sat down with my good friend and comedian/producer Joe Gerics. Joe is the producer of many Standup comedy shows around NYC and recently just started co-producing the Free Stand up Comedy Festival starting this Saturday September 5th. See link below for schedule and details.

We met up just before his show Country Time at the New York Comedy Club.

So When does the festival start?
The festival is starting Saturday, the kick off show is here at New York Comedy Club at 5pm and we’re gonna have 2 shows every night.  So 14 shows; one in Manhattan and one in Brooklyn and Queens every night. We started it for a couple reasons, same reason I started producing. Really just stage time and to immerse myself more within the comedy community. I wanted to be on a festival, so i thought, weIl I’ll just run my own festival. Thats always been my plan, you have to create your own stage and your own opportunity.

We have all these great free shows that are happening here in NY anyway, so why not just highlight those, and thats what we did. It really proves to be a win win because all the shows will get more attention for the festival. The comics get exposed to a larger audience and it brings awareness to the scene. So yea, everybody wins.

Are there any particular shows in the festival you are looking forward to?

I look forward to all of them. Its hard to pick just one. We’re excited this year because we have  “See you in Hell” its a monthly show that Matt Wayne and Doug Smith run at the Creek and Cave. They have the comics perform in different “hells” like: “whiskey drinking bear hell” so you gotta put on a bear costume and drink shots during your set. They have all these different hells so each time is different and fun and the comics are in different situations but that one I’m excited for because it adds a little variety to it. But ya know “Broken Comedy” at Bar Matchless is always a great show. “Hot soup” that Matt Ruby and Mark Romand run over at Irish Exit, Lance Weiss and Brandan Fitzgibbons produce “Gandhi” in the LES which is a great show. So yea, I’ll be out every night this week.

So let me ask this, Lets get existential for a sec, what makes a good show?
Theres a million things. I do the shows for stage time but I put a lot of pride in what we’re doing. I could just kept doing a bunch of bringer shows and being on terrible shows. I take it very seriously, I always wanna make sure people have a good time thats why after every show we hang out and party. There isn’t a single show where I don’t socialize with everyone there afterward. Theres more to it then saying “hey come see me on stage” and then “BYE.” But theres a million different little factors, like obviously you have to start with a good lineup, if you don’t have talented comics it doesn’t matter what you do. Then it depends on lots of other things people don’t even realize like whats the size of the room, you wanna make sure the stage is well lit, temperature, vibe of the room…

Its a science to a degree.
Yea, I’m sure there are another hundred things I still haven’t figured out. But also you need a strong host, when first started doing shows I would just throw up someone to host and then I realized the host spot is way too important. The host spots will really determine the whole energy of the show. So thats a huge piece as well and I’m sure I can think of more and a ton I can’t even think of.
So more existential questions. What are you looking for when you are booking? What do you find funny?
I find a lot of things funny. What I ideally like in a comic who is some talking about something important or real. If someones making a stupid dick joke, I lose interest pretty quickly. Wether it be an issue like racism or anything else, I like when people joke about something that matters something beyond a cheap laugh. Mark Normand is a great example of that. Its a difficult thing to do, you are sometimes talking about something serious but you still have to get the laugh. Oh and then also impressions.Everyones a sucker for impressions. So let me ask you something honestly, for my own curiosity. You perform and produce several shows and a festival, do you ever get sick of comedy?

No. I’m never tired. The producing can be a challenge, thats the part that can feel like work because you have a responsibility to make sure that show goes well. If I’m just doing a set I’m responsible for 8-12 minutes, if I’m producing a show I’m responsible for 1.5-2 hours. A big piece of that is getting an audience, are people gonna be there, and theres pressure that comes with that. As you continue to do shows you start to develop a crowd and now like at Karma I don’t have to produce as much because people just come on their own and it becomes more organic.

I know you produce a lot of shows, which one feels like your baby. Like if you bomb or you crush it doesn’t matter, it all feels like home?
Karma. I’ve been there for 3 years. A lot of the comics and audience that come are my friends so I feel comfortable. Every now and then I’ll have a set that doesn’t go well and it doesn’t phase me as much.

How are the shows going here at NYCC?
Its going great, its a really great venue. Its under new ownership Emilio and Scott have taken over and really invested a lot in this place. They turned it around and its been great working with them and with Jeremy Pinsly. Its just a great room and has been a great opportunity. We are able to pay comics, when you’re doing a free bar show you can’t pay comics, but there is so much talent that deserves to get paid and it just feels right that we can do that here.

How’d the festival go last year?
I’ve been doing it with Andrew Bayroff we started it last year. I had the idea and seemed like a great person to work with. He has a great website where he lists everything and is part of the Free stand up scene where he promotes a lot of shows, so it was sort of a no brainer to work with him. Last year was a huge success we had on average 20-30 people and some shows that were packed out to these shows that already existed and there was such a great energy around it. So again its a win win. Now we are gonna continue to build on it and we extended it to the weekends for this year.

So how does it work? Are you’re just putting out publicity for it, I mean, there are not tickets right? Its the FREE stand up comedy festival right?
Yea we do a couple things, we go to shows that we know are quality and want to work with. We go reach out to those producers and almost every one of them is happy to be a part of it. What we’ll go do, we’ll promote their shows, and they’ll say “Great! thats the worst part of producing!”

And Andrew is a great web designer so built a site we have links to RSVPs so we can know whos coming and help build the shows email list. We also do a lot of press outreach, we have press release. We go out to where ever we can NY Times, Village voice this year, last year we had Time Out NY had is and thats why we can draw people people outside the comedy community which is something valuable we can bring to the table. Its that kind of thing that we cant screw up, If we completely fail everything is fine. “Hey what happened? Oh we totally blew it….welp every thing is the same, nothing happend.”
h
Any goals for this festival?
Just to make people laugh. Thats my only goal. I mean I want to see a spike in attendance and I want to see people who weren’t turned on to the comedy scene to be turned on. I know people out there think “Hey I like doing stuff for free,” well great! Here it is! Its such a rich scene the more attention we can draw to it the better.

I appreciate you feel that way. You’re a great comic, a great producer, and an OK person.
(laughs) I hope that makes it into the print. You had to lie through those first few things to get that laugh at the end.

Well I feel like I need a big “WOW” finale question… I’ve never interviewed anyone before.
You did an excellent job.

Yea? I asked all the questions?
You covered every possible question. There is nothing left to know abut me.

(laughs) Ok then thank you Joe, looking forward to the festival!
Thank you man, anytime.