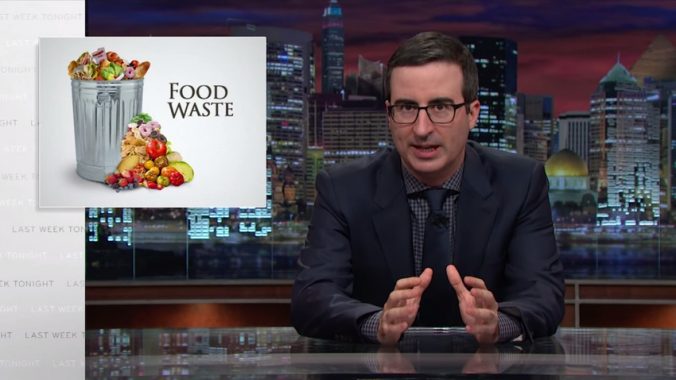 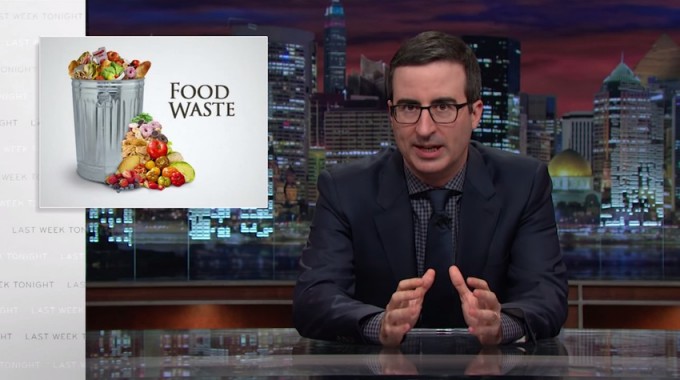 Enough to fill 730 football stadiums? According to comedian and host of HBO’s Last Week Tonight, John Oliver, that’s how much food we waste in the United States every year!

On Sunday, John Oliver dedicated a significant portion of his show to shedding some light on the epidemic of wastefulness in our culture, contrasted by the fact that 1 in 6 kids in America go to bed hungry.

Where is all of this food going? Well, here’s a comedic explanation from the legendary talk show host:

“When we dump food into a landfill, we’re essentially throwing a trash blanket over a flatulent food man and Dutch-ovening the entire planet.”

So what can we do to fix this? Part of the answer apparently lies in how grocery stores and other food-based corporations handle expired foods. Food manufacturers paste conservative expiration dates on their produce, canned foods and meats. While many in the legal community would point out this shields companies from lawsuits due to food poisoning, John Oliver points out the financial benefits of setting early expiration dates on food; companies can potentially sell grocery stores more of their food products as they replace “spoiled” food.

But what if instead of shipping these food items to the dumpster (or in John Oliver speak, the Dutch Oven), we donate these foodstuffs to pantries and community outreach organizations that feed the homeless and poor?

Or, if expired food is out of the question, why not pull food 2 days before it expires and donate it to the shelter; with just enough time to reach the hungry stomachs of children and families in desperate need of quality nutrition?

Kudos to John Oliver, and his topical Last Week Tonight, for shedding light on an important issue in the United States. Yes, he makes it funny and entertaining, but wasting 40% of the food in this country is incredibly irresponsible. By bringing this issue out of the shadows of alleys behind grocery stores, and into the public conscious, maybe together we can move the needle on finding a solution!